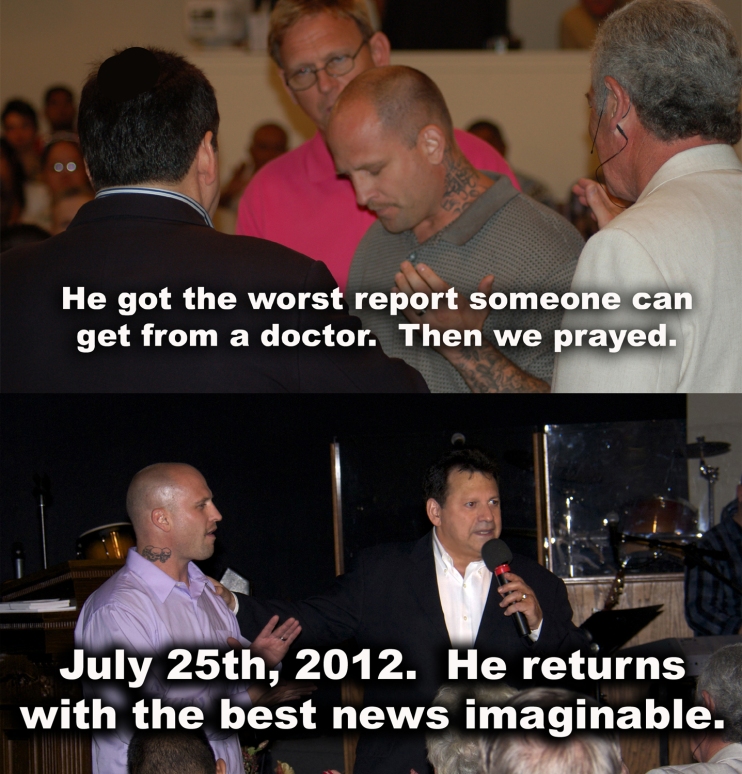 Bob Johnson does not say much but his faithfulness speaks very loud.  He serves us at the Dream House and has been seen in many different outreaches in Northern California.  He and his wife had been praying for a miracle in their son Mike to have a true conversion to Christ.   God answered their prayer in an amazing way.

I first saw Mike Johnson after he violently turned to Christ.  He gave all of the problems of his life to the Lord, and it has been full speed ahead ever since.  He began using his gift on our worship team.  All of us have loved the powerful way he plays drums in the spirit.

Mike also serves at his church with Pastor Steve Rutledge at the Winters Foursquare Church.

Mike, his parents and family started driving two hours each way to Santa Rosa just so Mike could continue to play and be a part of the Santa Rosa Fire.  It has always thrilled me how God gave Mike such a deep love for the Lord and all of us on the team have adopted him as family.

Mike began to feel weak and his arms began to cramp.  He even began to drop the drum sticks occasionally when he played.  So he went to the doctor.  Then came the terrible news, Mike had leukemia.  News that did not just make me sad, it made me furious.  Satan hated Mike’s new life, the devil had lost a soul that he thought he would always have.

This ate away at my spirit.  I thought about what a cheap shot this was by the enemy.  My pain turned into prayer and then became fire.

Monday night July 23 I preached at the Santa Rosa Fire about our sons.  I talked about the contract of death that Satan has put on young men in America.  Suddenly I stopped preaching and yanked Mike from the audience.  The entire congregation as one voice declared a miracle over his body!

Two days later, Wednesday July 25, 2012 he returned with a doctor’s report. The new tests showed that leukemia had vanished and that he is totally healed!  What a mighty God we serve!

3 thoughts on “How the worst news became the best news”