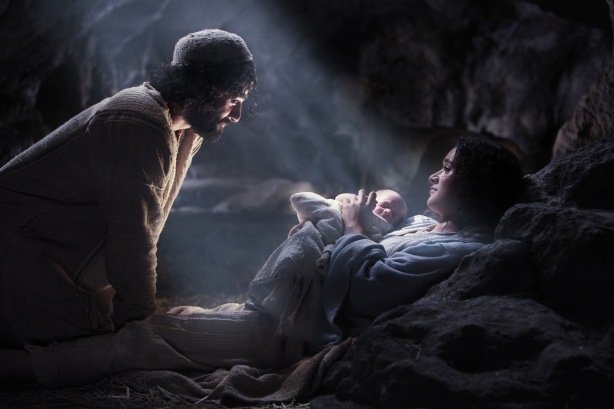 The only thing you need to remember this Christmas.

Matthew 2:3, “When Herod the king had heard these things, he was troubled, and all Jerusalem with him.”

America has finally become the generation with nothing to look forward to.  This is a time where people are melting down because of a crushing sense of helplessness and despair.  Some react with mindless panic and rage. They shoot and kill their loved ones and then turn the gun on themselves rather than face their losses.  Others are too frozen in fear and uncertainty to do anything.  Still others frantically numb their despair by plunging into addictions and perversions that prior generations never imagined.

How deep and widespread is this panic?  It is so pervasive that it has seeped into the hearts of God’s people.  Many in the church, including leaders, admit that they have developed destructive addictions trying to cope with anxiety.

This Christmas threatens to be a time of very little comfort and joy.  Many who love the Lord passionately will not even celebrate it this year!  If you are under attack, if you feel the devastating sense of helplessness, then it is time for you to remember one thing about this Christmas.

Christmas is not just the story of the most important birth in history; it is the proof that an invisible force guards the children of God with unstoppable, irresistible, compassionate protection. Christmas unfolds the masterstroke of God our Father against evil.  Let me explain!

He was the most anticipated person in history and yet His arrival fooled everyone. It requires skill from beyond our planet to sneak the Desire of all nations into our world unobserved with only a handful taking notice. God can fool anyone and He cannot be fooled by anyone.

The Jews thought that when the Son of God arrived it would be with all the ceremony possible, that crowns and scepters should immediately have been laid at his feet, and that the high and mighty princes of the world should have been his humble servants.  He came into the world, and the world knew him not.  He came to his own, and his own received him not.

It was not as if his arrival was without fireworks. The first burst of wonder came to the shepherds in Luke Chapter 2.  They saw and heard glorious things concerning him, and made them known abroad, to the amazement of all that heard them. (v. 17&18) After this in Luke 2:38, Simeon and Anna spoke of him, by the Spirit, to all who were willing to listen.

You would think that this would have shaken the inhabitants of Judah andJerusalem, so that finally they would rise up as one and embrace the long-looked-for Messiah; but no.  He continued nearly two years more at Bethlehem, and no further notice was taken of him till these wise men came.

Trouble!  Matthew 2:3, “When Herod the king had heard these things, he was troubled, and all Jerusalem with him.”  These were no singing angels. They were mere men; notable men to be sure, but still just men. The Magi were the Persians philosophers and their priests.  No one could become a Persian king who had not first been enrolled among the Magi. It was their royalty that caused the entire ruckus.  When kings arrive and ask the local king, “Where is the real KING?” Something has to give!

“Where is he who is born King of the Jews?”  Their question made it clear that a new power was now freely working in the earth.  Moreover, this power operated as no other power had previously operated.  This power came and went as it pleased.  It raised the humble to be a force against the proud.  Love had taken on muscle and showed that a gentle but irresistible change was coming.  A new kingdom had come and it would expand through means that nullified human force.

Daniel told King Nebuchadnezzar 600 years before this day that this kingdom would come.  Daniel 2: 44, “And in the days of these kings shall the God of heaven set up a kingdom, which shall never be destroyed: and the kingdom shall not be left to other people, but it shall break in pieces and consume all these kingdoms, and it shall stand forever.”

Break and consume: Here is the big picture!  The Kingdom of God is expanding. It grows by tactics and weapons that have no peer. It is breaking and consuming everything that opposes Christ.  The mustard seed that sprouted in the Bethlehem stable would grow until it absorbs every foe and fulfills these words: “Then the seventh angel sounded: And there were loud voices in heaven, saying, “The kingdoms of this world have become the kingdoms of our Lord and of His Christ, and He shall reign forever and ever!” -Revelation 11:15

Satan took the bait from Daniel’s prophecy!  Every other kingdom that Daniel referred to in his prophecy was set up by physical force. When he heard the words break and consume, the devil assumed that the Messiah would be a Jewish liberator like King David.  The devil never thought that a baby’s cry in a lowly manger was the real threat to his throne.

The regions of hell convulsed when it finally hit them that Messiah was now on earth. Evil now had an expiration date.  Intuitively, Herod felt this same dread.  As a puppet for Satan and Rome, what else could he feel?  Reason left him.  He knew he had no power over this, he knew that the Anointed One could not be stopped yet he went to commit a great atrocity on the children of Bethlehem.

There it is! Great evil at work while at the same time the Kingdom of God expands!  The Magi are led away from danger.  Joseph and Mary are warned to leave and use the treasure of the Magi to pay for their escape to Egypt.

You are receiving a Kingdom!  Hebrews 12:28, “Therefore, since we are receiving a kingdom which cannot be shaken, let us have grace, by which we may serve God acceptably with reverence and godly fear.”  This is the one thing for you to remember.  God surgically injected the Kingdom of God on earth; a Kingdom which cannot be shaken by global warming or moral cooling!  You are inextricably connected to the story of Christmas.  It lives in you, it breathes in you, and it energizes, protects, and guides you.  It is the power of Christmas that exempts you from all of the tragic outcomes that you see around you.  Psalm 37:18,19, “The LORD knows the days of the upright, And their inheritance shall be forever. They shall not be ashamed in the evil time, and in the days of famine they shall be satisfied.”

What are we to have in this time of great darkness?  Look again at the command from Hebrews: Therefore, since we are receiving a kingdom which cannot be shaken, let us have grace, by which we may serve God acceptably with reverence and godly fear.”

Let your sense of wonder and gratitude shake you from fear and compromise!  You have received an unshakable Kingdom. You do dare not drown your sorrows in alcohol or compromised living!  You dare not have your senses dulled or your heart weighed down with carousing!  Clothe yourself in the wonder of God’s work.  Be a victorious and holy Child of God!

Serve God acceptably!  Self pity is not acceptable when you are on a mission from God.  Look at the way that every character in the Christmas story did their duty in the face of great danger and sacrifice.  Why?  They felt honored to be chosen, they were living a miracle.  The joy and wonder of Christmas carried them through every test!

Christmas introduced special weapons and a new breed of soldier! 2 Corinthians 10:4,5 says, “For the weapons of our warfare are not carnal but mighty in God for pulling down strongholds,   casting down arguments and every high thing that exalts itself against the knowledge of God, bringing every thought into captivity to the obedience of Christ.”  Beloved, you are not supposed to lay there and take it!  You are supposed to rise up in the Name of Jesus and take the sword, take the shield, take all of the weapons of God and attack!

Today, thoughts alarm us and emotions assault us, but we are not helpless… we are not powerless!  Your heavenly Father is watching to see if you will rise up, take up these mighty weapons and attack!

You are the Christmas story continued in the last days!  What is the one thing you need to know this Christmas?  God is protecting you today as much as He protected Joseph and Mary back then!  God will guide you today every bit as accurately as he guided the Wise Men!  Since you have the same Jesus, the same angels, and the same power that carried the Christmas miracle to completion, God will also carry you across the finish line!  Hallelujah!

Mechelle and I pray that you and those you love will feel the power of the angels singing, the love from the manger, and the Glory of God overshadowing you this Christmas!

One thought on “The only thing you need to remember this Christmas.”