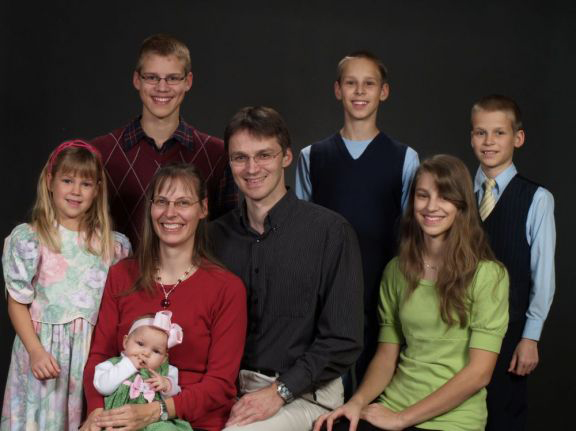 The U.S. Justice Department says home-schooling is not a fundamental right.

That was the argument the Obama administration made in federal court against an evangelical Christian family from Germany seeking asylum in the United States.

Germany broadly forbids home-schooling. So the Romeike family was forced to flee the country or risk losing their five children to the German government, which was trying to force them to put their children in public schools.

The Homeschool Legal Defense Association is working on the Romeike family’s behalf.

Michael Farris, founder and chairman of HSLDA, wrote about Germany’s home-school ban in his blog saying, “It is thought control. It is belief control. It is totalitarianism dressed up in politically correct lingo.”

The Romeikes claim their religious freedoms are being violated.

But U.S. Attorney General Eric Holder has filed against the Romeike family in the U.S. Court of Appeals for the Sixth Circuit. He said that asylum should not be granted to home-schoolers since home-schooling is not protected under religious freedom.

But Farris wrote, “In most asylum cases, there is some guesswork necessary to figure out the government’s true motive — but not in this case.”

“The Supreme Court of Germany declared that the purpose of the German ban on home-schooling was to ‘counteract the development of religious and philosophically motivated parallel societies,'” Farris explained.

American Christians have a new front in the war for religious freedom; it is the Romeikes from Germany.  Here are the precise beliefs of the Obama administration: “Homeschooling is not a fundamental right.”  And yet, “contraceptives are a basic right for all women.”  The message is “Christians who come here legally should be deported but illegal immigrants should not even be questioned.” 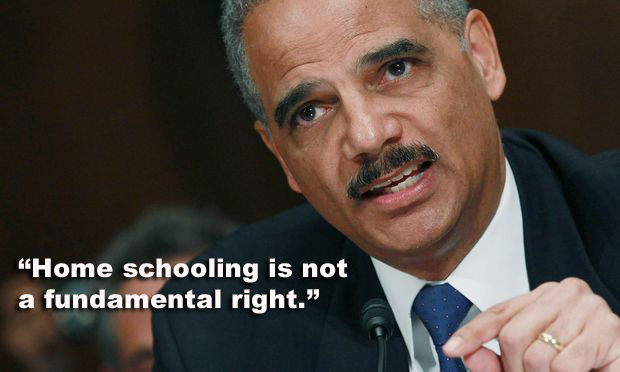 How some rights are invented and others removed has everything to do with an agenda to banish a way of life.  The way of life that is being erased has deep faith in God and the belief that hard work and excellence should be rewarded.   The new America is a place where there must be a deep faith in government and the belief that those who have been successful should be punished by being forced to give to those who refuse to work.

Why would anyone want a world like that?  The real love of Obama’s heart remains shrouded in mystery but a good guess is his arrogance.  Are we evolving into a banana republic with a lavishly fitted dictator?

The Body of Christ must find her voice now.  The march to erase rights and invent new ones has always come through the courts.  There is a haunting memory from the past for us to consider.  While it is a much more extreme case than the Romeikes, the Katzenberg trial of 1941 bears mentioning both because it was used to push an agenda and it happened in Germany.

The Romikes believe that the ban on homeschooling in Germany that sent them to America is totalitarian.  Holder disagrees and in fact the Obama administration is moving toward banning home schooling here.

The Katzenberger Trial was a notorious Nazi show trial. A Jewish businessman and leading member of the Nuremberg Jewish community, Lehmann (Leo) Katzenberger, was accused of having an affair with a young “Aryan” woman.

He was a leading member of the Nuremberg Jewish community, and from 1939 was chairman of the Nuremberg Jewish Cultural Organization. He had a long-standing friendship with a young photographer, Irene Seiler who rented rooms in an apartment house the Katzenbergers owned and which was situated next to the firm’s offices. Local gossips had for years claimed that Seiler and Katzenberger were having an affair

Someone denounced Katzenberger to the authorities and he was arrested on 18 March 1941 under the so-called Rassenschutzgesetz, or Racial Protection Law, one of the Nuremberg Laws, which made it a criminal offence for Jews and non-Jews to have sexual relations. The investigating judge initially concluded there was too little evidence to proceed with the case.

The investigation had however attracted the attention of Oswald Rothaug, a judge known for his severity and fervent support for Nazism, who arranged for the case to be brought to him.  He recognized the publicity such a trial would generate and saw it as a way to display his Nazi credentials and further his career. He sent out tickets for the trial to all the prominent Nazis in Nuremberg. On 14 March 1942 Rothaug sentenced Katzenberger to death.

Is this a show trial for Holder?  Is he demonstrating his allegiance to the all-powerful teachers union that loses money whenever a student studies at home?  This trial could end asylum in America for those who suffer religious persecution, and a ban on homeschooling.

Germany has made it clear why they do not allow homeschooling: “To counteract the development of religious and philosophically motivated parallel societies.”  Why will Obama do it?

We commend Michael Farris and the Homeschool Legal Defense Association for their courage in this fight.

Finally, every child of God has the power of prayer at their disposal!  We must pray fervently for this trial to end in a victory for Faith and the Bill of Rights.

2 thoughts on “Holder has now filed against the Romeike family in the U.S. Court of Appeals for the Sixth Circuit. What it means to you. By Mario Murillo”