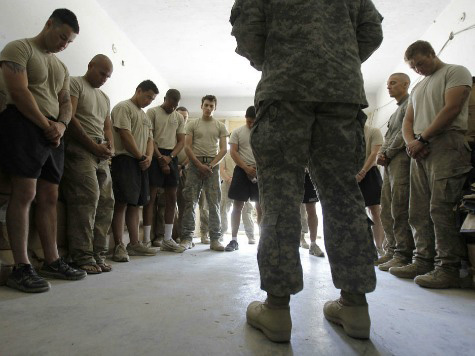 “Today, we face incredibly well-funded gangs of fundamentalist Christian monsters who terrorize their fellow Americans by forcing their weaponized and twisted version of Christianity upon their helpless subordinates in our nation’s armed forces.”

Those words were recently written by Mikey Weinstein, founder of the Military Religious Freedom Foundation (MRFF), in a column he wrote for the Huffington Post. Weinstein will be a consultant to the Pentagon to develop new policies on religious tolerance, including a policy for court-martialing military chaplains who share the Christian Gospel during spiritual counseling of American troops.

Weinstein decries what he calls the “virulent religious oppression” perpetrated by conservative Christians, whom he refers to as “monstrosities” and “pitiable unconstitutional carpetbaggers,” comparing them to “bigots” in the Deep South during the civil rights era.

He cites Dr. James Dobson—the famous Christian founder of Focus on the Family—as “illustrating the extremist, militant nature of these virulently homophobic organizations’ rhetorically-charged propaganda.” Regarding those who teach orthodox Christian beliefs from the Bible, Weinstein concludes, “Let’s call these ignoble actions what they are: the senseless and cowardly squallings of human monsters.”

Floyd Lee Corkins—the first person ever convicted of domestic terrorism in federal court under the laws of Washington, D.C.—told the FBI that he chose his intended shooting spree targets from the SPLC website’s map. Corkins was arrested at the offices of the Family Research Council (FRC) after shooting a security guard in August 2012. His court documents state that Corkins intended to kill as many people as possible.

Weinstein also supports Lt. Col. Jack Rich, the Army officer who wrote to subordinate officers that soldiers who hold traditional Christian beliefs agreeing with organizations on SPLC’s “hate group” list are incompatible with “Army values” and should be carefully watched and excluded from military service.

According to Weinstein, “We should as a nation effusively applaud Lt. Col. Rich.” He adds that the nation should “venture further” than Rich’s recommendations, saying, “We MUST vigorously support the continuing efforts to expose pathologically anti-gay, Islamaphobic, and rabidly intolerant agitators for what they are: die-hard enemies of the United States Constitution. Monsters, one and all. To do anything less would be to roll out a red carpet to those who would usher in a blood-drenched, draconian era of persecutions, nationalistic militarism, and superstitious theocracy.”

Many media outlets are silent on this disturbing new alliance between fanatical secularists and leaders in the Pentagon appointed by President Barack Obama and Secretary Chuck Hagel, under which the U.S. military would officially consult with someone with such foaming-at-the-mouth passionate hostility toward traditional Christians, including Evangelicals and devout Catholics. The military—America’s most heroic and noble institution—includes countless people of faith, and this represents a radical departure from the U.S. military’s warm embrace of people of faith in its ranks. 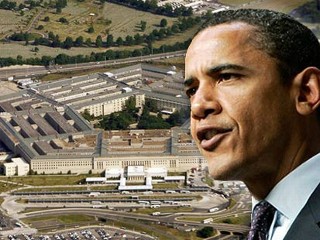 Yet the little coverage this story is getting is positive, such as this Washington Post column that somehow manages not to carry any of these frightening quotes from Weinstein and instead actually endorses the Pentagon’s meeting with him. Sally Quinn’s Post column also approvingly quotes MRFF Advisory Board member Larry Wilkerson as saying, “Sexual assault and proselytizing, according to Wilkerson, ‘are absolutely destructive of the bonds that keep soldiers together.’”

Did you get that? They say having someone share the Christian gospel with you is akin to being raped. Weinstein makes sure there are no doubts, being quoted by the Post as adding, “This is a national security threat. What is happening [aside from sexual assault] is spiritual rape. And what the Pentagon needs is to understand is that it is sedition and treason. It should be punished.”

Another MRFF Advisory Board member, Ambassador Joe Wilson (the far-left husband of CIA employee Valerie Plame from the Iraq War’s yellow-cake uranium scandal a decade ago), said a military chaplain “is to minister to spiritual needs. You don’t proselytize. It’s a workplace violation.”

In other words, it should be the official policy of the United States to decree what a human being’s spiritual needs are, and punish for violations a military officer who is an ordained clergyman who attempts to share his own personal faith with another service member when discussing religious matters. You cannot imagine such a thing ever happening under any previous president.

“If these fundamentalist Christian monsters of human degradation … and tyranny cannot broker or barter your acceptance of their putrid theology, then they crave for your universal silence in the face of their rapacious reign of theocratic terror. Indeed, they ceaselessly lust, ache, and pine for you to do absolutely nothing to thwart their oppression. Comply, my friends, and you become as monstrously savage as are they. I beg you, do not feed these hideous monsters with your stoic lethargy, callousness and neutrality. Do not lubricate the path of their racism, bigotry, and prejudice. Doing so directly threatens the national security of our beautiful nation.”

God help us now when someone with such visceral hatred of conservative Christians—literally tens of millions of Americans—who says sharing this gospel is “spiritual rape” is helping develop policies for how to deal with Christians in the military.

Weinstein says those guilty of this “treason” must be “punished.” Under federal law, the penalty for treason is death. And the Obama administration is sitting down to talk with this man to craft new policies for “religious tolerance” in our military.

Breitbart News legal columnist Ken Klukowski is senior fellow for religious liberty at the Family Research Council and on faculty at Liberty University School of Law.

Mario’s note:  What does Obama have to do with all of this?   Under his watch the haters of Christ have been emboldened.  His tirade against the faith began with his derisive slander of the Christians in Pennsylvania referring to those “cling to their guns and religion.”   A leader sets a tone and the tone that Obama has set allows voices like this to come out from under the rocks, be taken seriously and allowed to advise the Pentagon of religious tolerance.