Is Confirmation Bias robbing you?

Joe Queenan, columnist for the Wall Street Journal said,   “The U.S. is addicted to advice. Americans honestly believe that someone out there knows how to fix all our problems. Maybe Oprah. Maybe Dr. Phil. Maybe Barack Obama. Maybe Ayn Rand. Newspapers, magazines and television are filled with advice about health, finances, raising children, dieting. Don’t smoke. Don’t text on I-95. Don’t allow your teenage son Vlad to disappear into his bedroom for the next decade. Exercise 30 minutes a day. Never buy stocks from men wearing ostrich-skin shoes.

Why, then, are so many of us miserable, bankrupt, overweight chain smokers with horrible, illiterate kids? The advice was out there.”

Then he explains that the problem is Confirmation Bias:  He defines Confirmation bias, somewhat sarcastically, as “I will ask for your advice and continue to ask for it until you finally tell me that the stupid, counter-productive thing I have already decided to do shows that I possess the wisdom of Solomon.”

The church is overflowing with conferences, books, DVDs on relationships, emotions, victory, destiny, faith, power, and authority.   So them why are so many believers crashing and burning spiritually?  Why are so many returning to drugs?  Why are so many preachers falling morally?  Why are we closing all of those churches? And why, despite the images of mega churches on T.V has our influence over America dropped like an egg from a tall chicken?

One big reason could be our own version of Confirmation Bias.   These are the believers who go through tons of material until it reinforces what they have already decided to do.  They are simply looking for confirmation.

They will even handsomely reward those preachers with wealth and elevate them to superstar status as long as they preach what “we are trying to hear.”  It almost like they are saying “here’s my tithe now keep God off my back.”

Confirmation bias was predicted in the Bible.  2 Timothy 4: 3 tells us, “For the time will come when they will not endure sound doctrine, but according to their own desires, because they have itching ears, they will heap up for themselves teachers; 4 and they will turn their ears away from the truth, and be turned aside to fables.”  In other words, they would leave discipleship to start living in a fairy tale.

Even revival can be turned into a fairy tale.  If a group has decided to seek and maintain an emotional binge, seeking higher highs then the whole affair becomes about them and not lost souls.

In all cases, confirmation bias lets you walk out of a church service feeling carefree about something that ought to give you pause.   Your natural alert and discernment about habits, attitudes and compromise can be dulled sitting under an intoxicating sermon.

Have you ever met a Christian that is got an extensive vocabulary and is always on the verge of some gigantic spiritual discovery but their life is totally screwed up?  Hello.

Jesus warned us that a life built on only hearing only what you want to hear always ends in disaster.  Matthew 7:26 “But everyone who hears these sayings of Mine, and does not do them, will be like a foolish man who built his house on the sand: 27 and the rain descended, the floods came, and the winds blew and beat on that house; and it fell. And great was its fall.”

He is not talking about someone who has never heard His teachings.  This fool is someone who heard it and did not do it.

In its highest form confirmation bias is the spirit of Balaam who in Numbers 22 kept asking God for permission for something until he felt that God had given him the right answer.  While Balaam is headed out for blessing thinking he had changed God’s mind disaster awaits him.

This condition robs you in so many ways.  You don’t get over things.   2 Timothy 3:7 says, “ever learning but never able to come to the knowledge of the truth.”

Satan did this so he could take over a nation.  When we should have been an army under Godly leadership we were a herd of cats “each one has gone to his own way.”

So as Dr. Phil might ask  “how’s that working for you?”

God is waiting to give you real authority, real power, real peace and joy.  Ask yourself the hard questions.   Am I floating from church to church in pursuit of people who agree with me or am I seeking to be planted and made strong?  Pastor, ask yourself “am I about to preach a sermon that will get a good response or create a good person?”

And finally, let all ask ourselves, “Did Satan do this so he could take over a nation?  When we should have been an army under Godly leadership were we instead, a herd of cats?

One of the greatest mistakes you may be making is to seek peace and joy as ends in themselves.  Modern preaching has got all us seeking first the peace and joy.  Peace and Joy are not things we are to go after.  They are things that God adds to those who are going after the right things.

Seeking your assignment causes blessings to overtake you.  Cheerfully accepting sacrifice ignites inner peace and joy that is unambiguous and unstoppable.

God and life have conspired to make this the era of the strong Christian not the feel good make believer.

Do not let Satan rob you anymore.  Kill the lie that obedience is painful.  You are in pain now and surrender ends that pain. 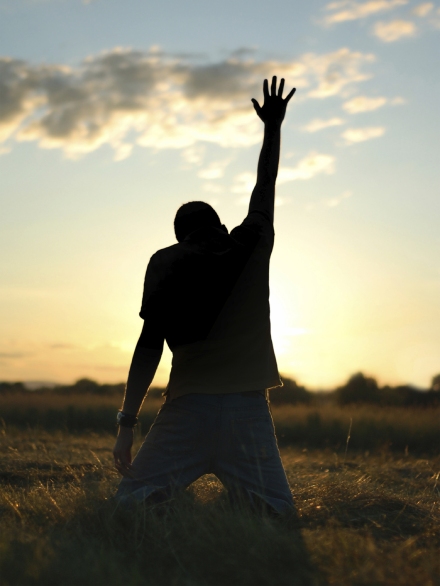 2 thoughts on “Is Confirmation Bias robbing you?”