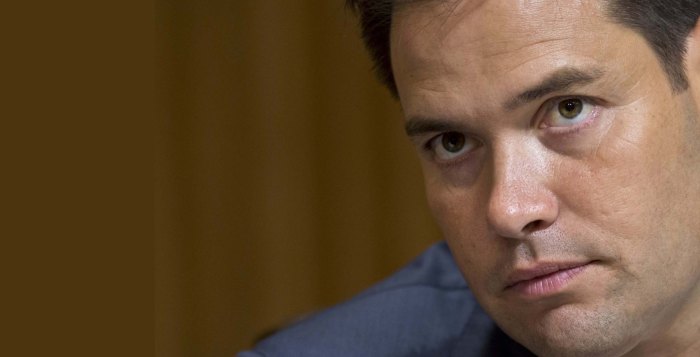 KRAUTHAMMER: RUBIO IS MOST LIKELY TO WIN GOP NOMINATION

Columnist Charles Krauthammer named Florida Senator Marco Rubio his pick as most likely to be the GOP nominee on Friday’s “Special Report” on the Fox News Channel.

Krauthammer was asked by fellow panelist Steve Hayes how he would allocate his money if he was given $100 to go Las Vegas and bet on who will be the nominee. Krauthammer put the most money, $40 on Rubio, with $30 going to Jeb Bush, $15 to Scott Walker, and the remaining $15 on booze. He added “he’s [Rubio] my underestimated dark horse candidate who threads his way, young, energetic. He’s got a program and I think if he runs against Hillary, the contrast say the vigor, the energy that Kennedy-esque idea will be be a major one.”

Amy Walter, National Editor of the Cook Political Report put the most money on Walker, giving him $40, with $25 going to Bush, and the remaining $35 split evenly among the entire field.