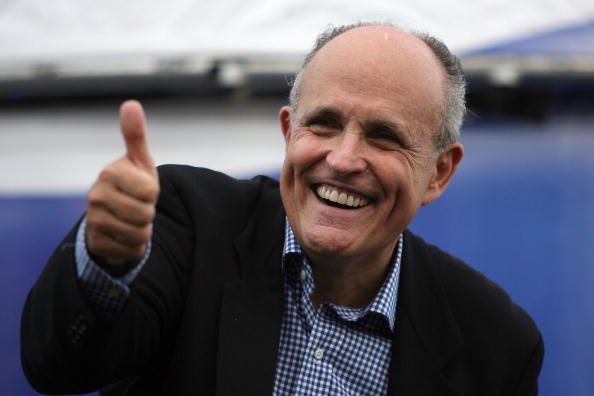 Part one:  Pay no attention to that man behind the curtain.

Rudy Giuliani said that Obama does not love America.  Then the firestorm began.   Press secretary Josh Earnest said “I can tell you that it’s sad to see when somebody who has attained a certain stature and even admiration tarnishes that legacy so thoroughly.”

Who is tarnishing their legacy Josh?  You are Obama’s press secretary which right now is the American equivalent of Baghdad Bob.

Josh and his ilk are yanking that moment out of the Wizard of OZ saying to all of America “Do not arouse the wrath of the great and powerful OZ and then says “pay no that man behind the curtain.”

We are not supposed to look at the man behind the Hope and Change curtain?   Do not arouse the wrath of the man of smoke, mirrors, hollow promises and deception on a scale never seen before?

We are supposed to believe he loves America.  We are supposed to be vilified if we say he doesn’t?   No one has said louder and clearer than Obama himself.  His contempt for Christians, Jews, Conservatives, and anyone else who opposes him is well documented.

Part two: Nobody said it better than Dorothy…”if you were really great and powerful, you would keep your promises.”

Part three:  I was spontaneously chanting Rudy, Rudy, Rudy!   I have zero concern for Rudy Giuliani’s legacy.  His true love for the City of New York cannot be questioned.  The heroic way he held that city together after 911 will resound in history.

He applied the same matter of fact courage in stating the obvious about this president.   Not only did he state the obvious, he was kinder and gentler than he could have been.  Rudy was well within the mark.  He tapped the nail on the head.  He understated the single most glaring fact about this president.   The question is not “does Obama love America”, the real question is “how much does actually he hate it?”