They mean to make slaves of us

Historians will say that 7 years ago the American constitution was set aside.  They will—with all of the cold calculation of an autopsy—say that secular progressives, a leftist media, and an angry president colluded to kill freedom.  They fooled the masses into giving away their freedom.  It all began with political correctness.

Political Correctness came in like a Trojan horse—a gift from friends that promised justice.  Inside were the seeds of tyranny.  Under the cover of night the seeds (right words) hatched.  Like spiders from the nest, they scurried forth with their infectious bite.

The venom created mental dullness, dependency and false outrage.  This set the stage for a massive campaign of intellectual doublespeak.  Words were squirted like ink from a cuttlefish.   Language—approved language—became the coin of the realm.  Truth no longer had to do with facts but saying what the powers-that-be want to hear.

We become irrational.  We ban free speech in the name of justice.  Universities become the citadel of closed minds.  Inclusiveness must exclude Christians and Jews. When terrorists kill innocent unarmed people we immediately fight to create more unarmed people.

The life’s blood of this monstrous lie is crisis.  So long as we are off balance…so long as we can be made to fear…the government can place shackles on the sons and daughters of liberty.  Barack and Hillary Clinton are the keepers of the flame.  It is their stock and trade to keep the false narrative alive.

Obama’s speech after the San Bernardino terror attack proves my point.  It was mind-numbingly pathetic.  He seemed like a low paid magician trying to hypnotize a moron.  He said nothing new.  He had no solutions.  He smugly assumed that the audience would accept drivel utterly divorced from reality.

They will never apply anything to ISIS but half-cures.  They need to spin Muslims as an oppressed minority is essential to their goal.

When Washington said, “They mean to make slaves of us” it unified leaders.  But Thomas Paine’s pamphlet entitled Common Sense set fire to the masses.  The arguments were so clear and irrefutable that the scales fell off the eyes of an entire generation.

Christianity in America needs its own COMMON SENSE moment. Every Sunday millions of Christians sit in church without a clue of the approach of social slavery.   We need—in way that I cannot describe—someone to light the fuse of reformation.

We literally need to reinvent preaching.  We need voices that are a consuming fire.   Brave and persuasive declarations must rise from every corner of the Body of Christ.  Such was the promise of Jesus “I will give you a mouth that none of your adversaries shall be able to gainsay or resist.”

If you told your pastor to stay out of politics…you are part of the problem.  How can any minister remain silent about the top cause of misery in the life of Christians?  Why would the shepherd ignore the biggest source of pain in the sheep? 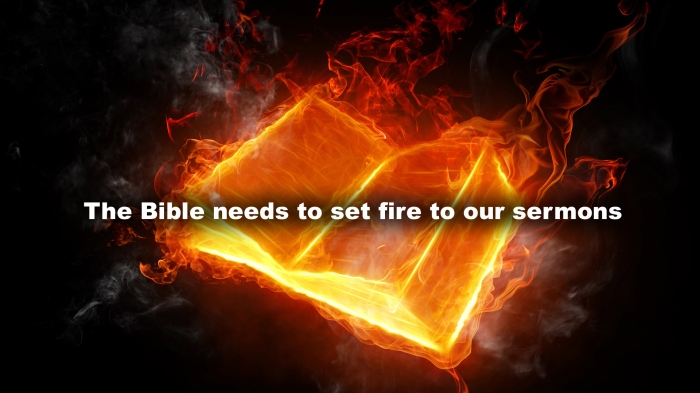 THE NIGHT IS COMING

Jesus said, “I must work the works of him that sent me, while it is day: the night comes, when no man can work. -John 9:4   The biggest reason that I speak out is because there is still hope for America.   Right now that hope is rides on the hope that American Christians will wake up.

Prayer must become an epidemic.  The Bible needs to set fire to our sermons.  We need to stop lying to ourselves about the day that we are living in.   Total dependency on the Holy Spirit can no longer be a wispy, noble long range aspiration it is now our clear and unavoidable duty.   They mean to make slaves of us…but where the Spirit of the Lord is there is liberty.

3 thoughts on “THEY MEAN TO MAKE SLAVES OF US”