He is unfit for the office.  He would be a disaster as president

He is unfit for the office.  He would be a disaster as president.  Here are the 6 major reasons that the media has cited for why  we should do everything in our power to stop him from being president.

1. He has unleashed a string of obscenities to reporters.

2.His rhetoric has offended and frightened our allies and emboldened our enemies.

3.He has spent money foolishly in companies that went bankrupt.

4.He has wanted to deport people because of their religion.

5.He has abandoned his workers.

6. He has been identified with a racist leader.

This is not Donald Trump… IT IS BARACK OBAMA.

-According to retired ABC News journalist Ann Compton, Barack Obama launches into “profanity-laced” tirades against the press in off-the-record meetings with reporters. In a C-SPAN interview, Compton also derided the President for leading “the most opaque” administration of “any I have covered.”

-From the upheavals of the so-called Arab Spring to the “reset” with Russia to the “engagement” with Iran, Obama’s sophomoric habit of leading from behind has reduced the planet’s lone superpower to a paper tiger and emboldened those who would do us harm- New York Post.

-Solyndra Bankruptcy: Thomas Pyle of U.S. News wrote an article on the issuance of new loan guarantees to additional green companies despite the Solyndra scandal. “Now here we are, $535 billion in wasted taxpayer dollars later, and it seems that the administration is intent on going full speed ahead. In fact, the president recently said in an interview that the Solyndra deal was ‘a good bet.’ Talk about a disconnect.” 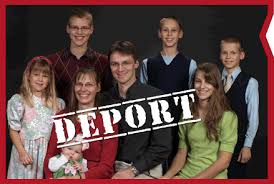 -Obama trying to Deport Christian Homeschooling Family Knowing They Face Persecution. Uwe and Hannelore Romeike are Christians and the parents of six children.  When their kids attended the German public schools, they were bullied and harassed because of being Christians.  The parents began looking into the schools and what their kids were being taught.  They found a number of objectionable and inappropriate things in the textbooks that they didn’t want their kids learning.  US Attorney General Eric Holder and the Department of Homeland Security are fighting the political asylum status.  Holder claims that the family’s fundamental rights have not been violated by Germany’s law forbidding families from homeschooling.  They have asked the courts to withdraw the family’s political asylum and have them deported back to Germany.

-A former top deputy to Nation of Islam leader Louis Farrakhan tells Newsmax that Barack Obama’s ties to the black nationalist movement in Chicago run deep, and that for many years the two men have had “an open line between them” to discuss policy and strategy, either directly or through intermediaries.

“Remember that for years, if you were a politician in Chicago, you had to have some type of relationship with Louis Farrakhan. You had to. If you didn’t, you would be ostracized out of black Chicago,” said Dr. Vibert White Jr., who spent most of his adult life as a member and ultimately top officer of the Nation of Islam.

Okay so now you get it…the disaster liberals claim would come with Trump came with Obama.

4 thoughts on “He is unfit for the office. He would be a disaster as president”