This message targets a threat to revival—a threat that reappears at the moment of explosive breakthrough.

Again and again, revival is delayed, distracted and discouraged by teachings that add conditions to revival that are not from God.

God’s conditions for revival have never changed.  Man keeps adding on.  Time and again revival has appeared because of simple repentance and surrender.  Through false teaching we have amassed a list of false preconditions to revival.  That list keeps growing and growing. 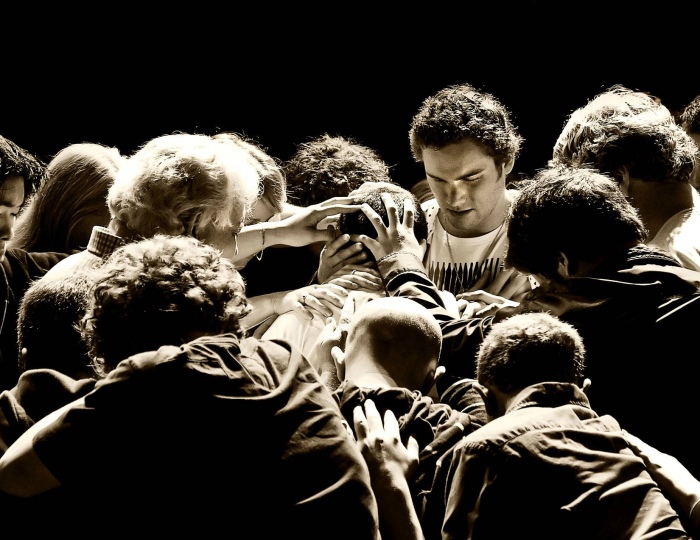 Here are counterfeit requirements for revival:

It has been  my profound hope that God was yanking us from Sesame Street back to Azusa Street.  In many events across the nation spirit-filled believers were hoping for the same thing.

Instead—much to my chagrin—I saw yet another, even more terrible counterfeit.  A minister directs his message to the white people in the audience.  He says that while they did not participate in the injustices of the past—they are guilty by association because they are white.   He believes in order for this young audience—that had zero to do with slavery, lynchings, Jim Crow laws or any form of segregation—to see revival, they must sit there and endure the ensuing rant:  “I forgive you! I forgive you! I forgive you!”  He finishes his outburst by shouting “Black Lives Matter!”

What was this?  Wasn’t this itself racial malice cloaked in sanctimonious hypocrisy—fleshly condemnation masquerading as a precondition of revival?  Wasn’t this the polar opposite of Azusa Street?

On February 22, 1906, William Seymour, a one-eyed son of a slave arrived in Los Angeles.  He had not yet spoken in tongues but he was determined to declare the truth of the Baptism in the Holy Spirit.  He met in the home of Richard and Ruth Asberry at 216 North Bonnie Brae Street.  April 14, 1907 they moved the meetings to 312 Azusa Street in downtown Los Angeles.  What happened in that humble building exploded into a global force that remains the fastest growing arm of Christianity and is now nearly 600,000 million strong.

The Los Angeles Times rejected the revival because of an inappropriate mixing of the races and because women were in leadership.  Seymour did not set out to fix institutional racism and sexism. The revival broke down those barriers.  The revival was politically incorrect on race and gender.

How ironic that when institutional racism did exist Seymour did not address it and today when it does not exist—this minister makes it an issue for revival.

A institutionally racist nation does not elect then reelect a black president.  Millions of young blacks have rejected the victim narrative of leaders like Al Sharpton.  The grievance industry has been discredited for denying the black on black crime ravaging the inner city.  A thug culture is destroying an entire generation.

Advancing the institutional racism myth in this setting was dead wrong.  The man showed a breath-taking lack of humility and a total disregard for the distinct honor and responsibility given him.

For nearly two years, the American Church ignored Azusa Street.  It was fixated on Evan Roberts and the revival in Wales.  In 1907, many prestigious pastors on the East Coast raised a fabulous sum of money to stage a national revival.  It was a spectacular failure.

I fear we are making the same hideous mistake.  The conditions that bring revival have never changed.  All of the add-ons need to go! Let’s not study prayer or honor prayer—let’s pray!   Let’s not reflect on the value of seeking revival—let’s seek it!  Let’s not dig up the past—let’s enter the Glory.

Revival is available to everyone. It most often visits the lowly and meek not the high and mighty.  It comes freely to the broken and forgotten.  It seeks out despised circumstances and exiled leaders.

As one leader of the attempted revival of 1907 said, “We thought we could buy a revival. Afterward we collapsed before God in utter desperation and cried out for mercy…that is when the national fire of revival broke out.”