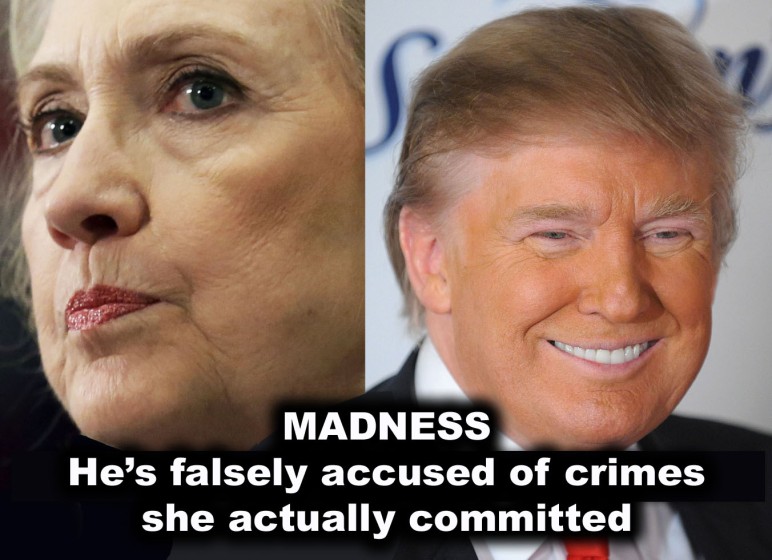 Trump is being investigated.  They claim he colluded with the Russians.  They claim he rigged an election.  Here is the hair pulling part of this:  We now know—without an investigation—Hillary did both of those things.

After months of digging, the special prosecutor has turned up nothing linking Trump to any Russian, to any rigging, to any…anything.   Yet, investigators continue to claim they are about to find something.

Meanwhile, a gigantic something—the mastodon in the room—is ignored.  They simply refuse to investigate Hillary Clinton.  Hillary is so smug, that to this hour, she continues to accuse Trump collusion and rigging.

What has possessed the political elite to alter reality?  What mental defect has gripped the fake new media that they can do this without any pang of conscience?  How can they disregard the destruction they are heaping on America?  The focus of this blog is not Hillary but how the treatment of this situation highlights our moral disaster.  The Bible tells us how we got to this point.

Jesus said, “they strain at a gnat and swallow a camel.”  But another Bible verse hits even closer to home.  Isaiah 5:20 “Woe unto them that call evil good, and good evil; that put darkness for light, and light for darkness; that put bitter for sweet, and sweet for bitter!”

I bring up Hillary because she is symptomatic of what is killing the American soul.  It is a madness that is bringing us to the brink of civil war.  Indeed, Isaiah was warning those who call evil good and good evil of something very perilous: After you sin long enough, God judges you with a mind that reverses right and wrong, good and evil and yes, sanity and insanity.

You need to read all of Isaiah Chapter 5.  It is an eerie parallel to America right now.  Matthew Henry said about Isaiah 5, “In this chapter the prophet, in God’s name, shows the people of God their transgressions, even the house of Jacob their sins, and the judgments which were likely to be brought upon them for their sins…Covetousness, and greediness of worldly wealth, which shall be punished with famine (v. 8-10) 2. Rioting, revelling, and drunkenness (v. 11, v. 12, v. 22, v. 23), which shall be punished with captivity and all the miseries that attend it (v. 13-17). Presumption in sin, and defying the justice of God (v. 18, v. 19). Confounding the distinctions between virtue and vice, and so undermining the principles of religion (v. 20). Self-conceit (v. 21). Perverting justice, for which, and the other instances of reigning wickedness among them, a great and general desolation in threatened, which should lay all waste (v. 24, v. 25), and which should be effected by a foreign invasion.” 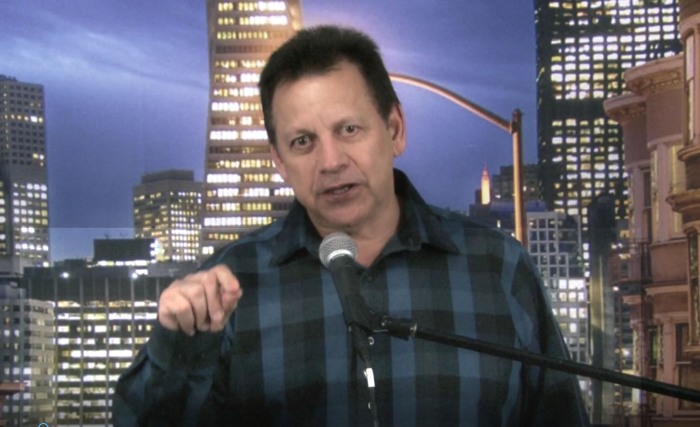 I am convinced that America is down to 2 options:  Revival or Civil war.  Yes, you heard me right.  Millions of Americans staunchly support Trump—though they have been beaten into silence they are fervent in their commitment to our president.

They see injustice not only directed at Trump, but at their faith, their values, freedoms and their loved ones.  They understand political correctness to be the cancer of our times.

They see a small, vocal, activist cadre controlling most of what we see and hear.  They see free speech fading—they see morals vanishing—they see tyranny as Antifa is declaring violent warfare on American citizens.

With all my might, in this explosive hour, I am compelling everyone who will listen that revival is something that should be uniting every Christian.  The urgency of national repentance cannot be over stated—neither can the power of God.

What I am trying to say, in this blog, is that the mindset, that reverses light and darkness, good and evil has overtaken us because of our wickedness.

If we do not harness the anger of millions fed up with all of the perversion of truth—if we do not channel it into a moral awakening—it will lead to civil disruption on a scale too terrible to describe.

Let us drop all of our foolish distractions and provoke fervent prayer—church gatherings full of fire and love, pulpits peopled by preachers who thunder unvarnished truth and let the chips fall where they may.

Time is almost up.  A fuse is about to be lit.  God help us to light the right one.

9 thoughts on “Revival or Civil War?”