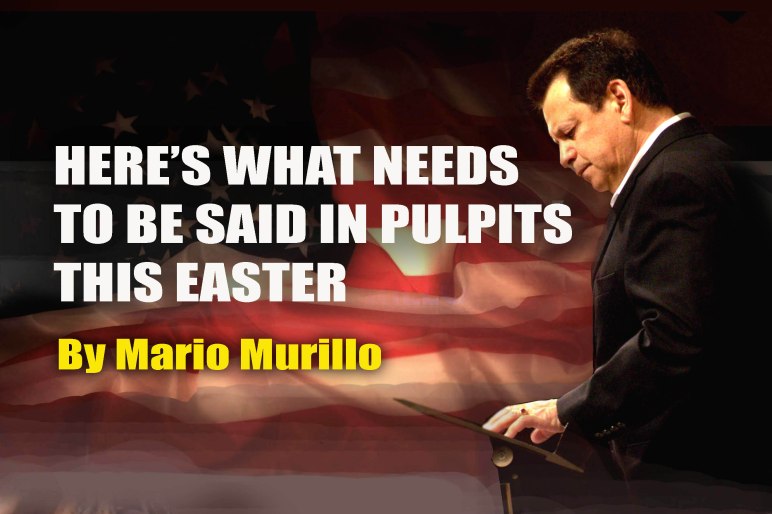 Millions are a captive audience on Easter.  Will the preachers say what they need to say?  Experts say no.  They claim the euphoria of having a crowd will dull the edge of truth.  They claim that someone who has been a motivational speaker all year won’t suddenly become a spiritual reformer.

If they’re right, Easter will be the greatest missed opportunity of the church year.  What needs to be said?  I will brave an answer, not out of arrogance, but out of a broken heart.  I would shed the typical formality and begin this way:

This morning I need to explain how our nation flipped so suddenly, and began calling evil good, and good evil.  This also happened on the day Jesus died.  Pilate was doing everything he could to free Jesus…when things took a dark turn.

Pilate told the crowd he would give them a choice to release a prisoner.  He was certain they would free Jesus.

Many in that crowd heard Jesus teach and their souls were lifted to heaven.  Some gained freedom from their dark past.  Some in that mob had been healed or their children were healed.

Nevertheless, a demon-driven change came over the people to get Jesus on the cross.  Those who cried “hosanna he that comes in the name of the Lord.”  Now scream, “crucify him, crucify him!”

But it is not enough for them to condemn the innocent; they must also release the criminal.  Having called good evil, they must not call evil good.  Who was their choice?  In Matthew 27:16 Barabbas is called a “notorious prisoner.”  In Mark 15:7, echoed in Luke 23:19, he was “in prison with the rebels who had committed murder.

Those same evil spirits have fueled the change that has come over our nation.  Many of our citizens have now gone against all of their former values.

It was not God’s will for the disciples to defeat the mob and save Jesus from the cross.  However, now that He won, we have the right and responsibility to do it.

So, I ask you why then—why are we letting them destroy everything that made us great?  Why do we passively sit back and watch a movement—that claims to be working for justice—create even more injustice?

They make railing accusations: “you are a woman without a mind—you are man without a soul—you don’t deserve to live because of who you voted for.  Even though you are law abiding, we will take what you have because someone else abused what you have.  My need for self-expression outweighs your right to be a child.”

When they tell us they want to silence the church—when they tell us their opinion is the only one allowed—when disagreeing will cost you your rights, your job, and even your life—when they burn buildings, protect killers, and convict innocent people—the church should have no response?  Do we sit back and just lose our freedom of religion and speech?

How can we remain silent about the great evil in our nation, on the very day we celebrate Christ’s victory over evil?  He did not just win, He devastated demonic power. 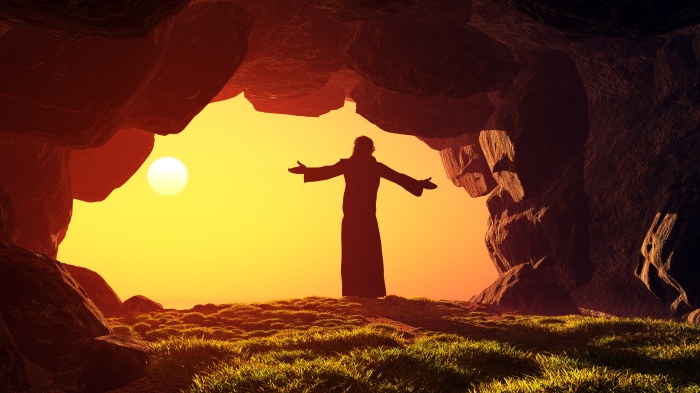 I will go so far as to say that victory over evil is the central theme of the Easter story.  The resurrection of Jesus was an attack that disarmed Satan.  Colossians 2; 15 “Having disarmed principalities and powers, He made a public spectacle of them, triumphing over them in it.”

It is the calling of the church to enforce the power of the Cross, and the Resurrection, on the works of Satan.  This is what it’s all about.  Today—above all days—we must realize it!

God is looking for people who will rise up, based on the authority won on Easter, and declare to the powers and principalities in heavenly places, “you must take your filthy hands off of our nation!”

I would tell the relatives and guests that becoming a Christian means forsaking all to follow Christ…and by doing so, they would receive power—power unlike anything they had ever experienced before.

Since Easter was an explosion—celebrating it should also be an explosion!  If only we would repent.  Then we could truly celebrate.  If only the people of God would surrender on Easter.   The power of the resurrection would overtake us.  Great shouts of Hosanna, tears of joy would overwhelm us.  And an inward fire to rise up to change our nation.  Hallelujah!