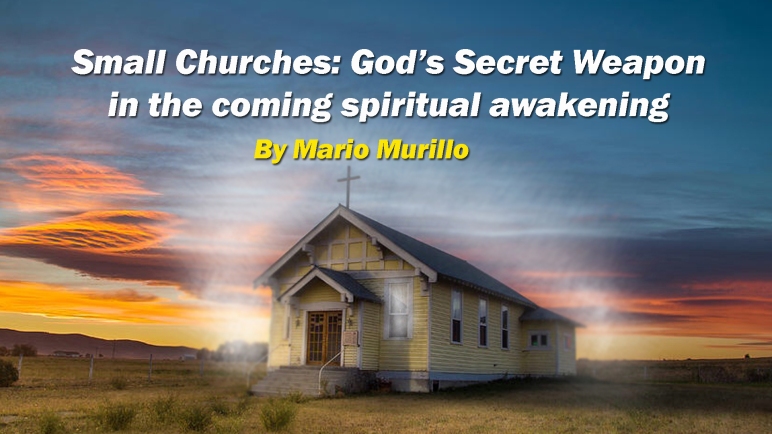 Why are they God’s secret weapon?   The answer lies in what happens when a nation gorges on sin.  Nothing can protect the sin sick soul from disgust, nausea, and the unholy hangover.

A convicted heart can reach the point where a slick church concert, outfitted with lights and fog, or a canned motivational spiel, can repulse them, just as much as the sin they are trying to escape.

A soul soaked in the sludge of our time, can yearn to collapse at a simple wooden altar, sob deep tears of remorse, and welcome the warm hand of a true pastor on their shoulder.

How can a small church be God’s secret weapon? I discovered how when I read something about the birth of Christ.  Matthew Henry said, “If the Son of God must be brought into the world, one might justly expect that he should be received with all the ceremony possible, that crowns and scepters should immediately have been laid at his feet, and that the high and mighty princes of the world should have been his humble servants; such a Messiah as this the Jews expected, but we see none of all this; he came into the world, and the world knew him not; nay, he came to his own, and his own received him not.”

It was a token of their sin that the Jews believed such lavish pomp and circumstance would greet the birth of Jesus.  Are we no less wicked when we assume revival will be born  on gleaming campuses, amid varied enticements, extracted from the wisdom of fast food marketing?

We can miss the birth of an awakening just as much as they missed the birth of Christ.   America has many forgotten Bethlehems.  There are many hidden Mangers where revival can, and will be born. 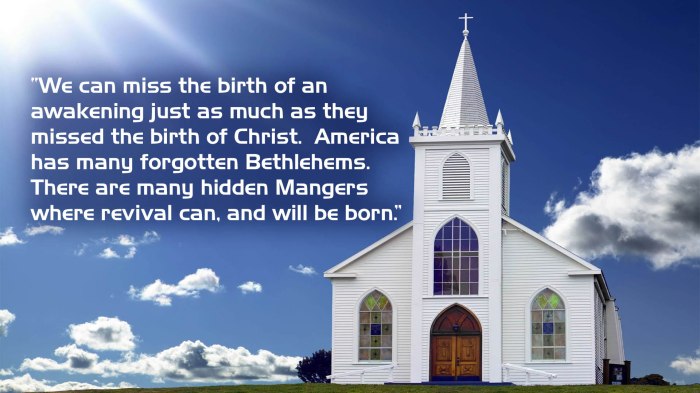 Why the small church?  Maybe because a special brokenness dwells there.  Think of the couples who faithfully lead undersized churches. They have done all they know to do.  They have been called fools for passing on the gimmicks that might have grown their crowd.  They watched families leave them for the greener pastures of regional churches.

Sunday after Sunday, they sigh. and once again call up the courage to lead their people with integrity and patience.  They pray and see no great change.  However, God has shown me that when they least expect it the fire will fall.  A supernatural signal will go out.   And because they know no one but God did it they will leave their hand off of moving of the Holy Spirit.

Revival can come to any size church.  There is nothing wrong with a big church that got big the right way, and for the right reason.  And no church will stay small in revival.

Why is a small church God’s secret weapon?  Because it is the last thing Satan expects.  Even though he reads this, he will still be totally unprepared.