You lefties need to save your strength.  Nothing you say is going to change my mind.

Now I have a burning question for the church…Have you seen the chilling video of Lance Wallnau relating the prophetic warning Trump gave to Evangelical leaders?   Our president found out what the Democrats plan to do to Christians if they retake the House and Senate.  He took the time to gather church leaders and warn them.

The Left will go after the church with vengeance because they think the church helped Trump.   Embarrassingly, that is a false accusation since the church at large really hasn’t helped him.   Nothing like they could have.   Now because of apathy, Trump’s hard won protections are being frittered away.  The President’s description of the left’s hatred for the church, and their plans for us should they win next Tuesday is chilling. 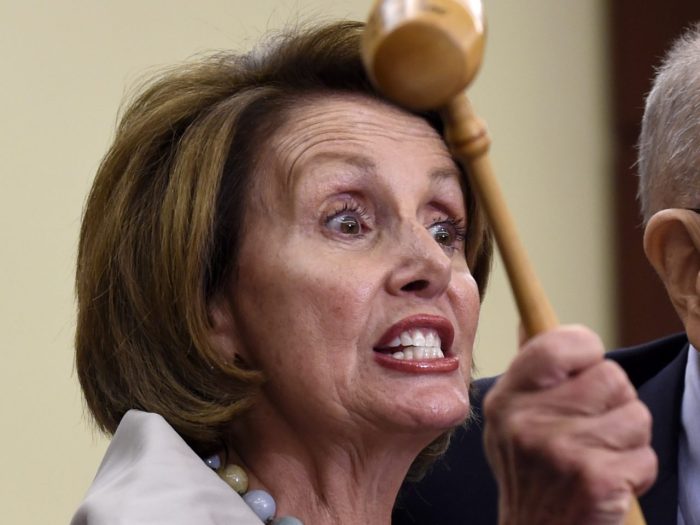 Think of it!  Everything Trump has done for the rights of Christians—the rights Obama removed—are threatened again.  On top of that, the most oppressive and tedious investigations ever with halt the engines of our economy.   Mueller’s investigation would look like a picnic compared to the tidal wave of investigations Democrats will start.

Informed sources say, radicals will be bolder to assault conservatives and Christians.  Social media would tear off its mask and openly persecute the church.  Yeah I’m mad.

It is maddening!  The excruciating suffering Trump and his family faced so we could do something so simple and easy: to vote and challenge other Christians to vote from our pulpits… AND WE COULDN’T EVEN BRING OURSELVES TO DO THAT?

It is jaw-dropping how oblivious many believers are about the moment they are living.  Trump is a divine disruption–a merciful pause button to give the church a chance to keep America from going off a socialistic cliff.  So far, most in the church have done little to act on this mercy, let alone appreciate it!  But I thank God for my president!

And what has the church done to repay Trump for his nameless, daily agony on our behalf?  Many reward him with apathy, ingratitude and abandonment.  My friend, we are about to pay an incalculable price if we don’t get a right view of this hour.

I am sorry to say this but…Satan has seduced many preachers who lead empires and independent kingdoms. They—at this hour—will not unify to speak to the nation as one voice.  They can’t afford to offend for the sake of their empires.  Little do they know that if the Left gets its way they’ll have no empire left to defend.

Mario is there any hope?  Yes, but we need God put electrode paddles to our faintly beating hearts.  We need holy rage, holy boldness.  We need to talk to every believer we know and wake them up to vote and to tell others to vote.

I realize that it takes courage to support Trump and our faith at this hour.  Just remember, right now it is hard but if we lose in November it will go from hard to impossible.

No one believes in miracles more than I—and that’s just what we must have at this hour.  We need a miracle of repentance, boldness…but it all begins with humble appreciation that we have this man in the White House.

There will never be a more important election than this one.  Your vote will never mean more than now.

36 thoughts on “TRUMP GOES THROUGH HELL FOR THE CHURCH”