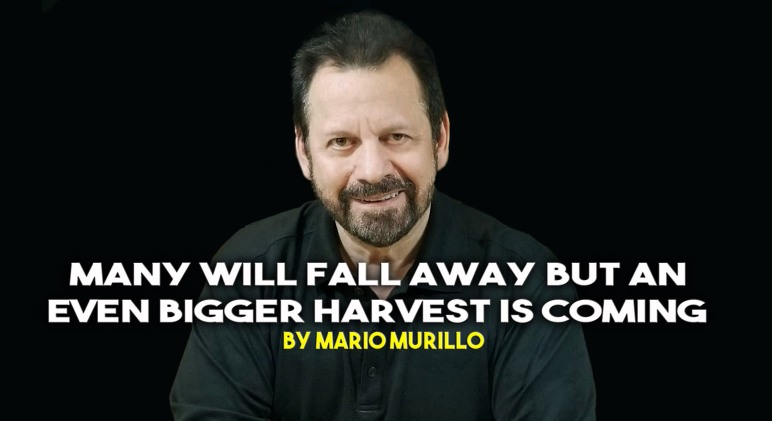 I am only days away from making one of the biggest announcements in our history.  For now, I need you to read something that explains my blogs better than anything else.  The greatest harvest in the history of Christianity will be placed in the hands of special ones—faithful ones.   Already they are being chosen.  Already they have an appointment with destiny that will bring them into an unimaginable nearness to Jesus.

These blogs rain down rebuke on the unrighteous leader—and with equal fervency—prophesy to the righteous core who have held to their integrity.  That is because—with atom of my being—I know the amazing act of God I have described to you is on the horizon. That is why we are about to take the boldest and scariest step in our history.

Some say I am always negative, but honestly, I have no say in the matter. The Holy Spirit dictates what should be said.  He understands the great crimes being committed today and the strong medicine required to be ready for the astounding harvest.

Day after day, I have written the burden the Lord has placed upon me.  Often, the words have been directed at certain leaders.  The messages have targeted shallowness, compromise, hypocrisy, and gross negligence.  Gross negligence, because it wasn’t just what they did that made them despicable—it was when they did it.  They thrashed about in false success—leaving the flock unguarded—as Satan unleashed his most destructive assault on the church and the nation.  That is a profound accusation…but I stand by it.

They made a conscious decision to exchange their calling for temporal success.  They knew they were tailoring their sermons to inflate attendance even as it deflated discipleship.  They wantonly closed their ears to the political policies that dismantled faith and morality in America. 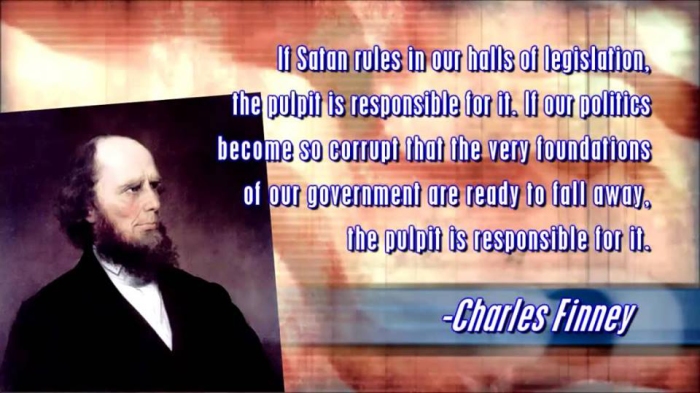 But, these blogs which rain down rebuke on the unrighteous leader, do—with equal fervency—prophesy to the righteous core who have held to their integrity.  That is because—with atom of my being—I know an amazing act of God is on the horizon.

It will be at once glorious and humiliating.  Glorious to a company of people who, at this moment, labor in obscurity.  Suddenly they will be raised up.  At the same time many who are celebrities will suffer a great demotion.

Those who are called to this will ask and receive things that prior generations could not imagine.  We are talking about awesome things!

They don’t know who they are.  The Lord is testing them in obscurity.  It’s the only way that yields a vessel who can be trusted with great power.  They have been rejected for refusing to conform to the counterfeits.  God made them misfits.  Because He knew what was coming.

God not only knew the insanity of today was coming—He took steps to prepare a special relationship, that would produce special powers for His children. Think of that! 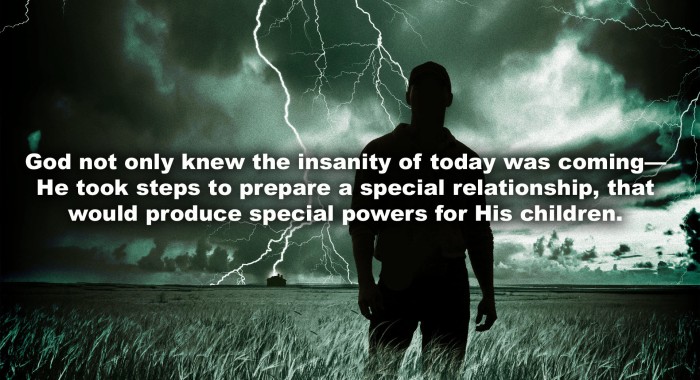 Jesus saw the future and uttered an explosive prayer: PRAY THE LORD OF THE HARVEST TO SEND WORKERS INTO THE HARVEST.  Notice He did not say ministers, or celebrities.  He said workers.  Many want the titles, attention, and rewards…but they don’t want to do the work.  A special core burns white hot with passion win lost souls and heal the sick.  They are hidden now but soon they will shine like the sun.

But there is another miracle awaiting this unique breed.  They will be allowed to see the world around them from the vantage point of the throne of God.  Ephesians 2: 6 says “and raised us up together, and made us sit together in the heavenly places in Christ Jesus…”

What do you see from this vantage point?  You see that all the vile railings of our culture are not—in any way—a threat to the purposes of the almighty.  He knows the hollow arguments of the haters.  He is not moved by the mental monopoly of fake news and leftist social media.  He saw it all coming and prepared the response.

God is selecting people and working in them for unmatched power to attack evil.  Great visionary outreaches are coming and they will be funded supernaturally. The Lord of the universe is not poor.  He has pooled untold wealth to transfer it into the hands of trusted, proven, purified vessels whose only passion is to obey.

Finally, those who are deeply frustrated in their calling must learn the secret of the divine slingshot.

They are being hurt, wounded and brought to the brink of despair before their breakthrough.  In their pain and agony, they will cry out why—why am I being pulled away from my promise?  Why does each day take me further and further away from what You promised me?

Like a slingshot, God is deliberately building up the tension—the frustration—the fire to act…and at just the right moment, He will release you.   There is a great falling away coming and it will result in new voices and new anointing leading to the greatest harvest of souls in history.