Jussie Smollett lied about the attack. Nicholas Sandmann did nothing wrong. Robert Mueller has no Russian collusion. This trifecta of lies was well conceived. They were backed by a juggernaut of social media gods. Every leftist celebrity tweeted their condemnation of these fake news stories. Many still believe these lies. Why wouldn’t they? What does truth have to do with their agenda.

That we ever found out—is in itself—a miracle of epic proportion. Never in history has there been a more powerful loom upon which to spin lies. They had the technology. They had unfettered control of every news agency and talk show. They had it all except for one thing—God.

On January 23rd I was awakened to write a blog. Never…and I mean never, have I fought the Holy Spirit so vigorously over a blog. I was ordered to predict something that seemed foolish if not insane at the time—that these lies would be all suddenly exposed.

Try to remember what was happening. The left was sprinting toward an ideological finish line. Donald Trump was once again down for the count. They left and the media made him own the government shutdown. Celebrities were suggesting Nicholas Sandmann should be beaten. One writer for SNL offered a sex act on the first man to punch the boy. We were told Mueller had the magic bullet to bring down Trump.

Mueller was churning out pseudo-evidence left and right. Nancy Pelosi was banning the state of the union address. The House was stockpiling investigation on top of investigation of Donald Trump. Then came the crowning glory of the left—a hate crime on Jussie Smollett.

They ran with all this. They did a victory dance over a vanquished foe. Democrats feigned outrage in a screen test that outdid Jussie’s acting skills. Nevertheless…

I was ordered to write these words: “God will allow lies to grow to such an extreme that it will soon nauseate Americans. The glorification of perversion, the bullying of children, the parade of insane ideas will fill the vat and sicken America. God will see to this. Not only this, but He will bring high profile liars to an end. He will do this right on time.  Again, child of God hold on! Mr. President stand your ground!”

Donald Trump stood his ground. (Not because he read my blog. I have no reason to believe he did.) And then he gave the towering state of the union address that bumped his approval overnight from 38% to 52%.

Notice the part about “He will bring high profile liars to an end.” I can’t tell you how many commented with disdain and even some friends commented with sympathy, “I sure hope you’re right.” Now look at all the careers ending right before our eyes. 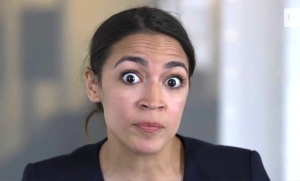 But this is not the end of it. Suddenly, Alexandria Ocasio Cortez was forced to expose the disaster of her socialism. By attacking Amazon, she destroyed thousands of jobs, and stopped billions in wealth from coming to her constituents.

And why was McCabe suddenly forced to admit the deep state existed in the FBI?

What does all of this mean? It is the direct result of intercessors. It is the hand of God offering a ramp to revival. However, this is also the most dangerous moment I have ever seen for the American church.  Thus, I make a new prediction.

The same act of God that exposed lies oozing out of the left will now expose false preachers, man-made empires and doctrines of devils that are widely celebrated in the Body of Christ. Hear me!

The same God that is moving to save America by dismantling the deep state, will now turn His attention to the deep state that is draining the church of her true purpose in this hour.

I solemnly warn you celebrity preacher. Dismiss your fawning entourage. Break your ties with Oprah. Cleanse your house of the quasi-new age doctrines that have filled your coffers with venomous wealth. Your end time doctrine has fooled you! You are not evangelizing the world, you are colonizing it. You closed the altar and opened the cocktail bar.

Wake up! Is your lavishly appointed empire a campus for Christ or your own tomb?  You have proven the power of marketing. You have not proven “what is that good, acceptable, and perfect will of God.”

Break before God! Weep! Find the original spark of passion for Jesus from the dawn of your ministry. Do this now! You are almost out of time.

If you do not take a stand against abortion, sexual perversion, drunkenness and the spirit of Jezebel, God will also stop taking a stand against your enemies. The deadline is here!

Why are all these lies being exposed right now? Because the zero hour of awakening is here and God will have a testimony.

But to the righteous core—the faithful pastor—the diligent intercessor, come these mighty words of life: You will shine like the sun! Your enemies will be driven back. The funds for God ideas are being released! Your children will be carried back to you.  While many mourn and weep you will see a bumper crop…even out of dry ground!

I am speaking this all by the Spirit of God. Take heed!

47 thoughts on “Why all the lies are now being exposed”