The media and the elite lords of the left will not abandon their addicted minions. No sooner did the drug they took daily—Russian collusion and obstruction of justice—get exposed than the powers that be gave them back another lie: Jussie really was attacked by Trump supporters. They did pour bleach on him. They did put a noose around his neck. What a hoax.

This is a man who almost started a race war because he was despondent about his failing career. He did it for attention. He did it without regard for who he might hurt. But he is not off the hook.  I fear for him and pray that he didn’t get off the hook because of Psalm 92:7 “When the wicked spring up like grass, And when all the workers of iniquity flourish, It is that they may be destroyed forever.”

When the non-playable characters on the left chant those lies it restores the narcotic rush they had during the Mueller investigation. Somewhere in a smoky room they huddled—the Lords of the left. They decided immediate action was needed. Maybe they bought DA Kimberley Foxx in Chicago. That’s why…even in a town as corrupt as Chicago, people are outraged that charges against Smollett have been dropped.

But they said something like this: “We can’t nurse the opiate of Russian collusion but we can turn our wrath to Trump supporters. We can mainline the fairy tale that Jussie was attacked.  We can get them to believe that in Chi town, of all places, there are white men roaming in MAGA hats saying “this is Trump country!”  We can bring out the white powder–the white supremacy powder. Yeah, that’s it!”

Anyone who questions them is once again racist. Anyone who asks “what about the incontrovertible facts? What about receipts, money exchanged the confession of his friends that he hired them? What about the police who saw right through then entire charade?”  How dare you question Jussie you racist! What a rush for them to be able to say that again. Leave the Russia card, to re-drop the race card.

As far as false narratives go Jussie’s is embarrassing. It is madness to believe him. It is not just a stretch…it is an intellectual hamstring pull. No matter, the left must continue to feed the addicts.

Will Rachel Maddow apologize for lying for 2 years about Russia? Will CNN cop to their blatant and cynical ploy to get ratings by pumping out stories they knew were lies? Of course not. They will just move on to the next false narrative. Its their crack.

From the false rape accusations of the Duke lacrosse team on to “hands up don’t shoot,” to a 16 year old Nick Sandmann who was falsely accused and shamed and threatened, to the Russia, Russia hoax and now back to Jussie. 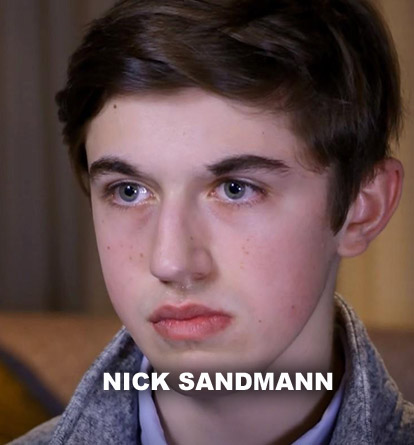 They couldn’t get Trump so now they will go after Trump’s supporters, deplorables, smelly Walmart customers, racists, Islamophobic bigots. It’s all lies and they know it. The left has to have a false narrative—it’s an addiction—they’ve just got to have it.

How else will SNL find skits? How else will ratings bounce back at MSNBC and CNN? How will Pelosi, Schumer and the young Turks like AOC continue to make sense without a stimulant that dulls logic?

The only problem is that the high is harder to achieve because each false narrative is stupider than the last. Drug dealers do something like this to junkies. Once they know their victim is hopelessly addicted they cut the drug with stuff like baking powder. The drug is less potent and the price goes up.

Each false narrative is wilder than the last one. Less substance, less facts, less rationale until finally it is so fantastic that the price is too high. The naivete required is just too extreme.  So extreme that even Rachel might blush when she reports it. Nah.

When the facts about Jussie come out—as they most certainly will—the left will ignore it. They will simply move on to the next lie. Oh right! Trump’s tax forms.  The thing is, when your less gullible, err, less addicted following sees you caught in another epic hoax, and you just move on to the next, you will drive them into rehab.

16 thoughts on “The left needs a false narrative. It’s like crack to them.”