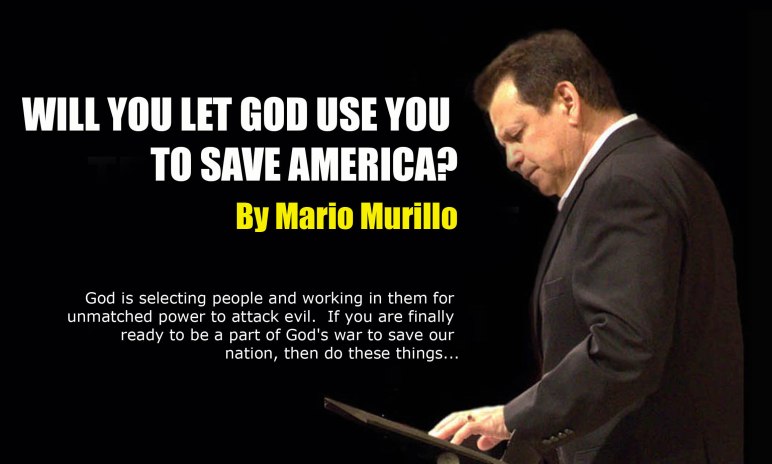 Will you let God use you to save America? Maybe you can see that something radical needs to happen. Maybe you see how Satan has sold so many believers fool’s gold.  Instead of taking up weapons mighty to the tearing down of strongholds, they pursue money, cheap grace, and safe spaces.

Maybe you can see how shallow, flattering, teaching is the perfect greenhouse gas.  Its fumes dull reality. It kills natural urgency.  Taking a stand has become a distant fantasy to many…but what about you?

Peter recognized when government crossed the line.  Acts 4: 19 But Peter and John replied, “Which is right in God’s eyes: to listen to you, or to him? You be the judges! 20 As for us, we cannot help speaking about what we have seen and heard.”

He also understood what to do when government tries to ban the Gospel: “Acts 5: 28 saying, “Did we not strictly command you not to teach in this name? And look, you have filled Jerusalem with your doctrine, and intend to bring this Man’s blood on us!” 29 But Peter and the other apostles answered and said: “We ought to obey God rather than men.”

They are coming after our freedom.  They will force feed our children the Antichrist agenda. That is…unless we wake up to our purpose and destiny.   I am calling you out for special power in this hour. However, we are to be alert not alarmed. Let the dire consequences light a fire in your soul! Is God selecting you to give a weapons grade faith and boldness?

If you are finally ready to be a part of God’s war to save our nation, then do these things:

1. You must be filled or refilled with the Holy Spirit.  You must have fire, or you must have fresh fire.   The courage to face the onslaught of hatred that will be thrown at you can never be met by human power.  To say what you need to say, to obey when you need to obey can’t come from human motivation.  You must have the same Spirit that fueled world-changing saints in all times. God never meant for anyone to preach or lead without a clear baptism of the Holy Spirit.

2. You must flow in signs and wonders.  Our culture is beyond words.  They must see proof of the power of God.  God means for you to provide that proof.  The authority you need won’t come cheaply or instantly.  (Read my blog on the price of God’s miracle working power https://wp.me/p1vrzp-53e

3. Get ready to do something for God that will boggle your mind.  God is selecting people and working in them for unmatched power to attack evil.  Habakkuk 1: 5 “Look among the nations and watch—Be utterly astounded! For I will work a work in your days Which you would not believe, though it were told you.”

He is creating people who can turn the tide of wickedness.  He doesn’t care about your age or your education.  He searches for someone who is travailing over the evil and will die without power and purpose.  They want to be in the fight—they want to be in the thick of it.  Isaiah 6: 8 says, “Also I heard the voice of the Lord, saying: “Whom shall I send, And who will go for Us?” Then I said, “Here am I! Send me.”

4. Prepare to pray in a way you never imagined.  God is pulling you out of the damaged religious crowd into special intimacy with him.  You are not going to pray like you did before.  E.M Bounds said, “To say prayers in a decent, delicate way is not heavy work. But to pray really, to pray till hell feels the ponderous stroke, to pray till the iron gates of difficulty are opened, till the mountains of obstacles are removed, till the mists are exhaled and the clouds are lifted, and the sunshine of a cloudless day brightens-this is hard work, but it is God’s work, and man’s best labor.”

What do all of these things I am asking you to do have in common?  Every one of them involves a leap out of dead religion.  They are a courageous declaration of war on the godless ideologies that are destroying our nation.  They are an irrevocable decision to be in the middle of God’s greatest acts in history.