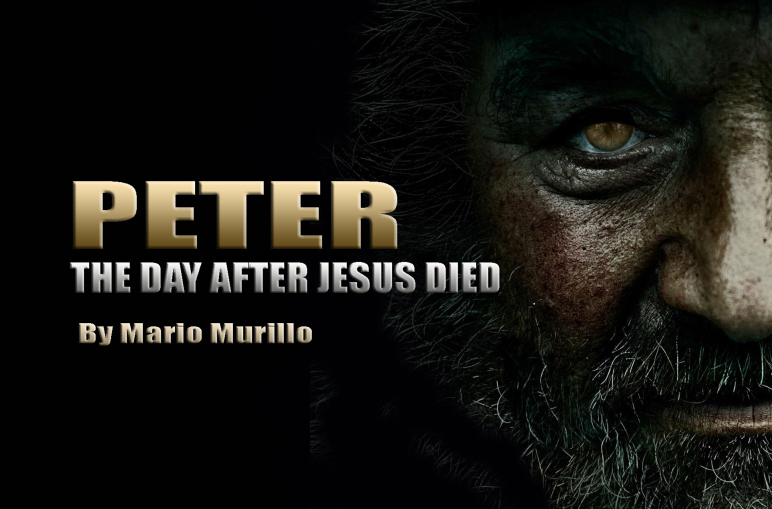 Peter failed in spectacular fashion.  He bragged he would stand with Jesus even if everyone else fled.  He fell asleep in the Garden.  He assaulted the servant of the High Priest.  Though he was warned about it in advance, he went ahead and denied Christ three times.

Here’s a question to everyone who has ever failed: Why did Jesus put the man’s severed ear back on?  (Luke 22:51). We know Peter had taken a sword and had cut it off.  We know why.  We can also guess that Jesus healed Malchus’ ear out of compassion.  But there is something way deeper going on here. What does that have to do with anyone who ever failed?  Everything.

The day after Jesus died wouldn’t have hurt Peter so much if Peter didn’t love Jesus so much.  That he had abandoned Christ began to torment him.  It could have devastated him for the rest of his life.   But right at this point, he doesn’t believe there is a rest of his life.

The day after Jesus died is Peter’s day to hide like a hunted animal.  A day to let it sink in that there is nothing left to live for.  He was a hair’s breadth away from the fate of Judas Iscariot.  Worst of all, he lost his destiny.

Destiny is a mysterious thing.  The same force that can inspire a man to greatness can—in his failure—torture him.  The pain level depends on the size of the destiny.  In the case of Peter, it was massive.

Peter was minding his own business when Jesus interrupted his whole life.  Fishing all night, Peter had caught nothing.   His hands are red and sore from handling the heavy nets.  Every muscle aches. He has nothing to show for a brutal night at sea.

The strange Teacher says, “Let your nets down again for a catch.”  Peter halfheartedly does as he is asked.  The enormous catch terrifies him.  He begs Jesus to keep his distance, “I am a sinful man.”

That’s when he heard the words about his destiny.  “Follow Me and I will make you a fisher of men.”  Then, once more, the day after Jesus has died, Peter is just a fisherman again.  It sticks in his throat to say it.

They say that regret is the cancer of life—if so, on this terrible day, Peter is terminal.  He could have prayed Psalm 69: 1 “Save me, O God! For the waters have come up to my neck. 2 I sink in deep mire, where there is no standing; I have come into deep waters, where the floods overflow me. 3 I am weary with my crying; my throat is dry; my eyes fail while I wait for my God. 4 Those who hate me without a cause are more than the hairs of my head; they are mighty who would destroy me…”

“I sink in deep mire, where there is no standing” simply means that in the quicksand of despair, nothing that used to help you snap out of it works now.  All of your comfort is gone. There is nothing to grab to save you. You will sink until you vanish.

Now it’s dawn on Sunday.  Peter can’t know that at that moment, an angel is talking about him.  Mark 16:  7 “But go, tell His disciples—and Peter—that He is going before you into Galilee; there you will see Him, as He said to you.”  The angel added the words “and Peter.”  Why?  Because God knew Peter would have disqualified himself if the invitation was “for disciples only.” Wouldn’t you love to have seen Peter’s face when they told him the angel’s message?

So why did Jesus put the ear back on?  He knew Peter’s destiny, and Peter couldn’t be in prison on the day of Pentecost.  Jesus knew his destiny. He knows yours.

16 thoughts on “PETER THE DAY AFTER”