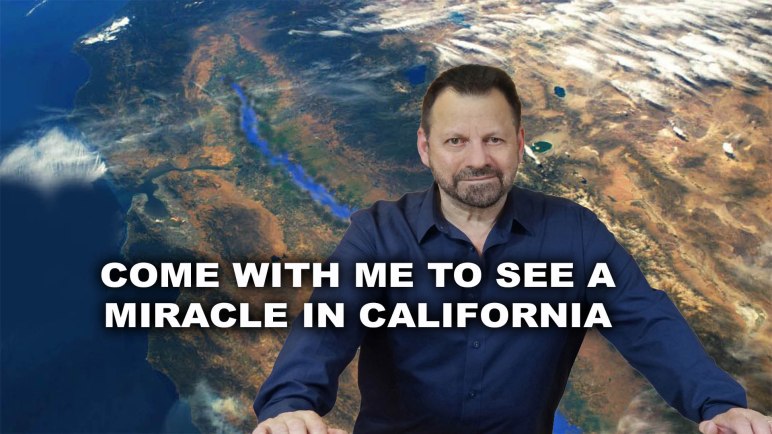 Come with me and see a miracle happen to California. You may be one of those chosen by God to work alongside us in the Central Valley. You may just be a believer who understands what is at stake in California. Read the story that is not just unfolding in the Golden State but is specific to 4 major events coming soon!

Not long ago, five cities in the Central Valley made the list of the Top Ten Worst Cities in America.

Why I believe a miracle is coming:

The good people of this region have been hit by everything you can imagine, including drought, foreclosures, drug addiction, gang violence, massive homelessness, and breathtaking political abuse by Sacramento.

When California received $410 million in 2012 as part of a nationwide settlement with major banks accused of abusive foreclosures, Gov. Jerry Brown used $331 million of that money to pay state agencies in housing and other programs in order to cover their deficits.  Kamala Harris knew about this but kept silent. Now California has lost a lawsuit, and this money must be paid out to the victims.

The Central Valley was not even on my radar. Five years ago my bags were packed to move out of California. I was moving away and thinking, “Maybe it is time to pass the mantle on to someone else, and retire.” Then my nation went crazy. 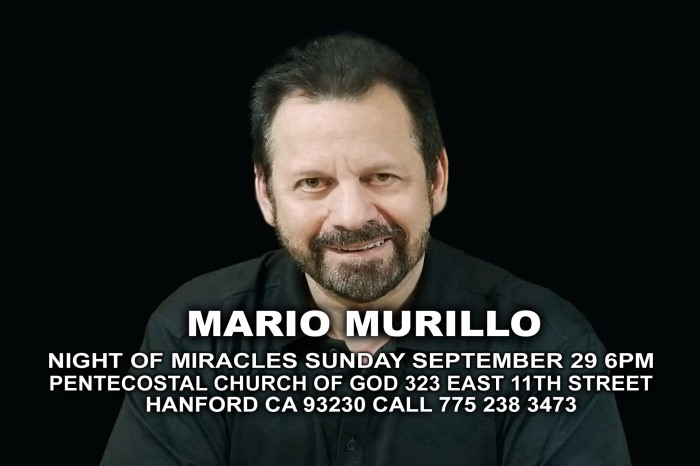 That is when the dream was given to me—a life changing dream.

The dream happened during an afternoon nap between services in Stockton. I believe that this dream was meant to encourage the people of that city. Especially because of what was in the dream.

It was the kind of dream that I tell people they need to handle with caution. In the dream I was suspended high above California, and I could clearly see Highway 99, all the way from Red Bluff to the end of 99 at Laval Road in Arvin, California.

Suddenly, as I watched, Highway 99 was transformed and became a river! Trees started popping up on the banks of the river. The voice of the Lord said, “This highway shall be a corridor of my Glory.”

Five years pass, and I am invited on the TruNews Network with Rick Wiles. Next thing I know, he has donated an 8,000 square foot, brand spanking new tent, as well as 1,000 chairs from the luxury boxes of an NFL stadium. What a miracle!

God then revealed to me that this tent was to move south and follow Highway 99, and that the river I had seen would flow in the tent, healing innumerable sicknesses and would bring in a massive harvest of souls. 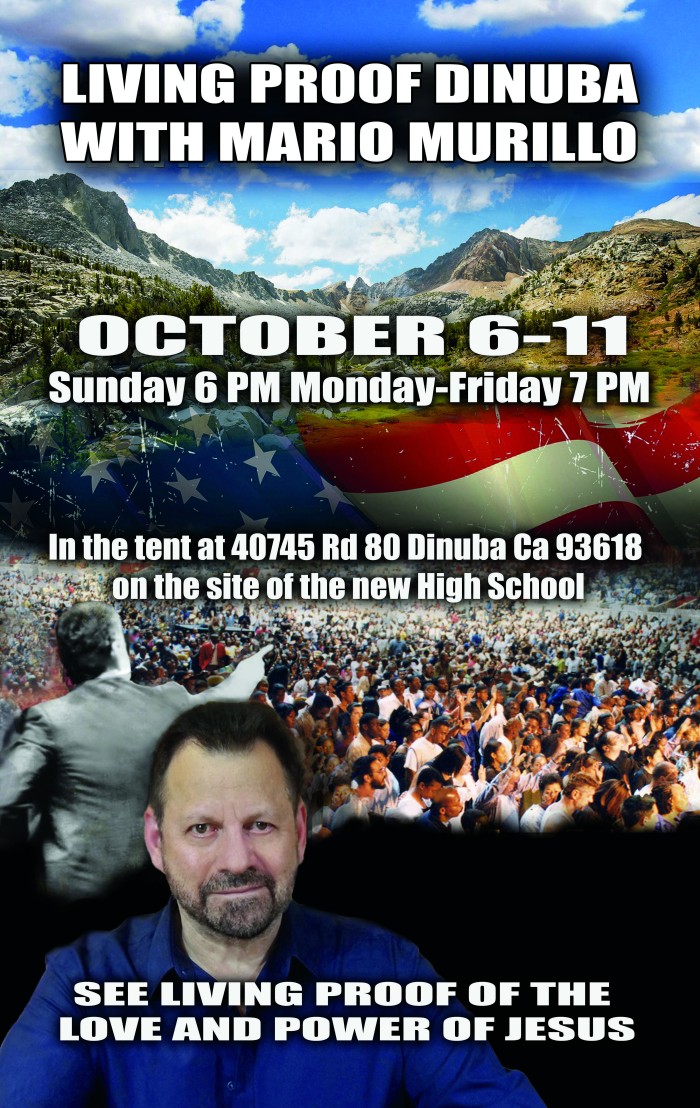 Now, here we are—watching the fulfillment of that dream. Indeed, the river has flowed south from Marysville, CA, then through Paradise, CA and the current intensified in Stockton. Now we are watching the unimaginable as the river is about to reach to Dinuba, Hanford and Fresno.

As I write this to you, thousands of people are experiencing an amazing dealing of God in these cities. There is something in the air—it is vibrating with hope and faith.

People like to use the expression: ‘something has shifted,’ but that feels woefully inadequate to explain the unity that is emerging among leaders—the expectancy in the people—and the acceleration that seems to be coming.

With all my heart, I know we are about to hit the mean streets in these cities and pull treasures out of darkness. We are about to feed the masses of poor and unsheltered.

Nothing will be able to stop the explosion of praise that will erupt when the miracles, that I know are coming, arrive. 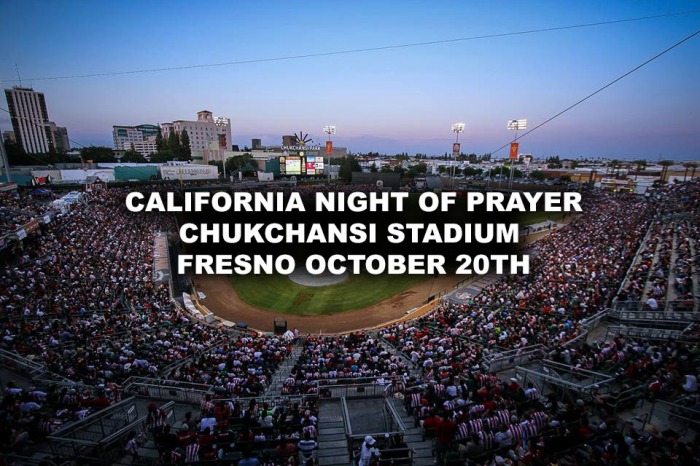 Why am I telling you this? In order to fulfill this dream, we need workers. Why not join in something so wonderful that if Jesus tarries, people will be talking about it 30 years from now?

“Do you want distribute food and clothing in homeless camps? What about helping with our massive children’s outreach in Fresno in November? Are you willing to give up your Thanksgiving Day?”  On that day, we will conduct a complete miracle service, followed by a sit-down dinner for a thousand people.

If you come to the Night of Miracles in Hanford, you will see the true fire and miracles of Jesus. If you come to six nights under the tent in Dinuba, you will see God rock an entire city. If you join the thousands at Chukchansi Stadium, you will feel the power of prayer like you have never felt it in your life.

Start by praying. Even if you are reading this from Wellington, New Zealand, the Gold Coast of Australia, or even Cape Town, South Africa, you can pray! Start now.

I promise you, a river of life will end up flowing out to you!

Sign up to volunteer for any or all of these events  https://app.mobilecause.com/form/Yc4rjg?vid=1lwvn

23 thoughts on “Come with me to see a miracle in California.”