In the history of stupid decisions, this may be the all time stupidest decision yet. Moving to impeach Trump is so stupid that it has all the earmarks of an act of God. It feels like God has turned them over to a madness that has them careening toward self-destruction. It demonstrates both, that they are desperate to appear relevant, and that they realize they are losing. It has to be the hand of God if Democrats are all on board to do the last thing they should ever be trying to do.

1. This attempt by the enemies of America to impeach President Trump will never succeed. The Constitution requires a two-thirds super majority to convict a person being impeached. This project is dead on arrival. Nancy Pelosi in caving to the socialist wing of her party will confirm the worst fear of all fair-minded Americans: Democrats do stupid things because their hatred of Trump matters more to them than the American people they are supposed to be representing. They are not working on the problems Americans face every day, and the voters are not interested in the socialism and junk-science environmentalism they are selling.

Democrats have apparently learned nothing from the Mueller investigation. 2 years and $25 million dollars produced absolutely nothing: zero, zip, and nada. There was no Russian collusion.  And now the public knows that the Democrats knew all along there was no collusion, and that they spent a ton of taxpayer money to ride that lie into the ground. Now they are at it again, and I promise you, the public will punish them for this.

2. House Representatives and Senators who vote for impeachment will risk their own reelections. Every Democrat Congressman in a battleground state, and any Republican Congressman in any state, will risk failing to be reelected if they vote to impeach, because their votes will be a matter of public record. 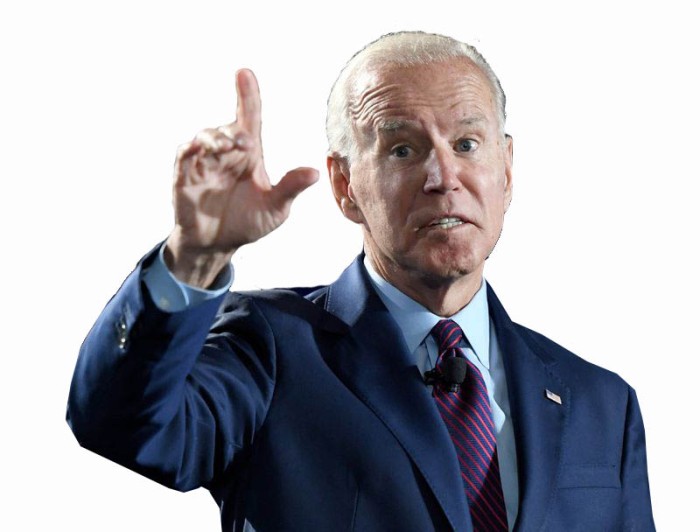 3. It will backfire like the Mueller investigation and force Democrats to face a real scandal: Joe Biden. In a video of his 2018 comments at a panelfor the Council on Foreign Relations, Joe Biden seemingly admitted to withholding military aid to Ukraine as a pressure tactic to force the firing of a prosecutor he did not like. Biden’s comments may see new scrutiny amid whistleblower allegations that Trump improperly called on Ukrainian President Volodymyr Zelensky to investigate Biden.

Notice how quiet Joe is about impeachment. Notice the squeamish, guilty smile. He is going to wish that the Democrats had left this one alone.

The previous stupidity of the Mueller investigation has created more new investigations into the totally corrupt and partisan way that Trump was investigated. Andrew McCabe will tell you that false investigations backfire as he and James Comey now face investigations for their role in using the intelligence community to smear Trump.

Here’s what McCabe  said about impeachment and the Ukraine Call: “There’s Concern If It Doesn’t Live Up To The Hype People Will Be Disappointed”

4. None of this is affecting Trump’s approval rating. Today, with the threat of impeachment factored in, Rasmussen has Trump at 51% approval rating. That’s much higher than Obama at this point in his presidency. The vile and vicious attacks have hardened the support of Republicans for Trump, while giving moderate Democrats ‘Trump Scandal Fatigue.’

Given all this, we must ask, “Why would they do it? Why start down the same stupid road with even stupider reasons?” The answer: It must be God.

We now know the only reason Democrats want to impeach Donald Trump: blind hatred. But the only thing He is guilty of is being elected President and upsetting all their plans.

48 thoughts on “THE STUPIDEST IDEA”