Almighty God made an emphatic statement in Fresno tonight. This was not a good meeting. I have been to good meetings. This was an explosion. This was the vengeance of God crashing into Satan’s agenda.

The church in California has been told a mountain of lies. So many of those lies were shattered tonight that I lost count. Here are just a few:

The lie that believers are afraid to turn out to a crusade was obliterated. Every seat in the tent vanished almost as soon as we opened the gates. The tent flaps went down and then 500 more people sat or stood outside the tent.

God obliterated the lie that people will only listen to an easy message. My sermon was entitled You did not know when God came to save you.   I told them that preaching should tell people when they are wrong. I added that preaching can be a stern warning.

I referred to the day that Jesus rode into Jerusalem on Palm Sunday. Over a hundred thousand people roared praise to Jesus saying, “Hosanna he that comes in the name of the Lord!” But Jesus was not elated with their praise. Instead, He began to weep. Doom had already been pronounced on the great city. 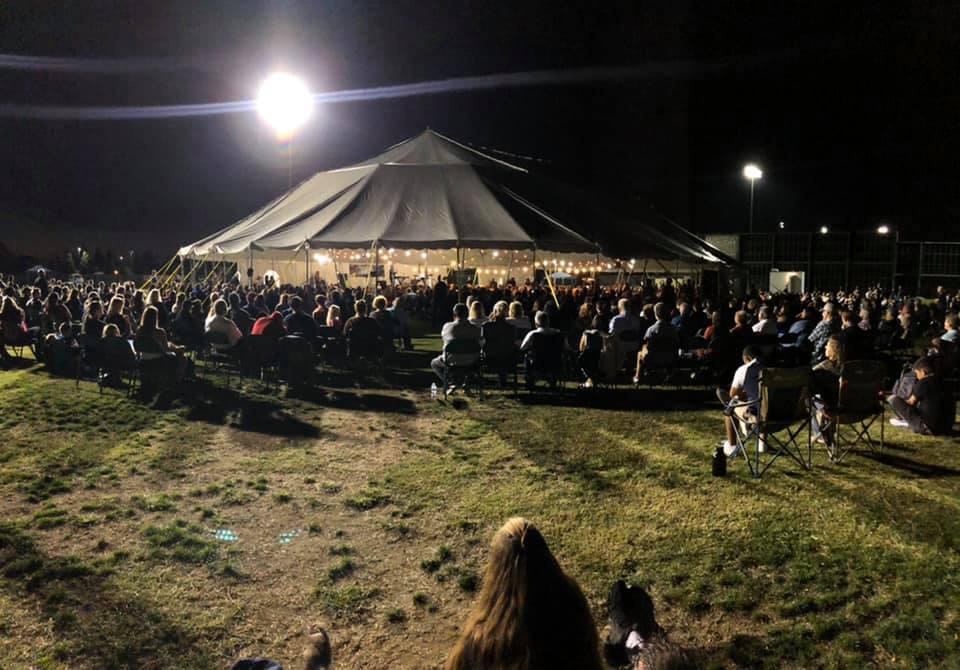 Jesus said in Luke 19: 41 Now when Jesus approached and saw the city, He wept over it, 42 saying, “If you had only known on this day, even you, the things that make for peace! But now they are hidden from your eyes. 43 For the days will come upon you when your enemies will build an embankment against you and surround you and close in on you from every side. 44 They will demolish you—you and your children within your walls—and they will not leave within you one stone on top of another, because you did not recognize the time of your visitation from God.”

I told them that 3 kinds of people were in the adoring crowd.

-There were those who followed Jesus and heeded His teachings.

-Then there were the religious leaders who despised Jesus and wanted Him dead.

-Finally, there were those who were oblivious to the whole matter.

Then I said all three of those kinds of people are in this tent and on these grounds.

Is California in the early stages of judgement with all the disasters and misery oozing out of their rebellion toward God?

Then I challenged the lost to consider that judgment was also an individual matter. “God does not want you to toss Him mediocre repentance but total repentance.” Conviction prevailed and many were cut to the heart. Nobody was fully prepared for what happened next.

They flowed to the front from everywhere. The souls did not hesitate. They tell me over 300 souls surrendered and were born again. Only God knows the true number.

We were supposed to take an offering. We did not. We were expecting to have a miracle service, but we did not. Why? Amos 9:13 explains it: “Behold, the days are coming,” says the LORD, “When the plowman shall overtake the reaper, And the treader of grapes him who sows seed…”

Amos speaks of a harvest so massive, it takes all winter, even into the next planting season to gather. When the plowman came to plow in the Spring, the reaper was still there. The harvest was so big tonight that we had to cancel everything else to gather it in. We had to tell the audience to be patient because the only thing we could do is minister to the new converts.

The crowd left knowing the shutdown of the church was over. Their hearts burned with hope and joy at the unfolding glory in their city. They are off to get others because Monday night is a miracle service. This explosion is the answer to decades of prayer. All glory be to Jesus!

When you order a War Chest Collection you finance these tent invasions. What we are seeing in Fresno needs to happen in many other cities.