On yesterday’s episode of the “Hagee Hotline,” Pastor John Hagee declared that America “will be lost forever and immediately” if President Obama is allowed to name a replacement for the late Supreme Court Justice Antonin Scalia.

“Justice Scalia’s death makes this presidential election a battle for the future of this nation,” Hagee said. “If the president is allowed by the Senate to appoint a Supreme Court justice, America as we know it will be lost forever and immediately. A fifth liberal justice on the court will pass the socialist agenda of the president with lightning speed. Every person listening to this telecast should contact their senator and urge them not to consider any candidate to replace Justice Scalia on the Supreme Court until the next president has been elected by the American people. For once, let the voice of the American people make the call, not the political establishment in Washington, D.C.” 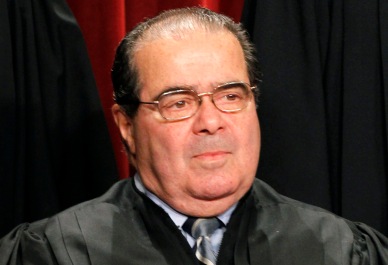 Hagee then went on to declare that Obama “has a master’s degree in deception” for daring to suggest that there is any sort of urgency in confirming a replacement for Scalia and called upon all Republican senators to “boycott any person that the president of the United States puts forward.”

Hagee said that Democrats in 1960 “passed a law forbidding a president in the last year of his presidency to select a Supreme Court justice.”  (The Democrats, passed a resolution urging President Eisenhower not to fill a vacancy on the Supreme Court.)

“Strange how history comes back to bite you,” Hagee said “but now the shoe is on the other foot. They, the Democrats, should live by the law they established and stand down until the next president is elected.”