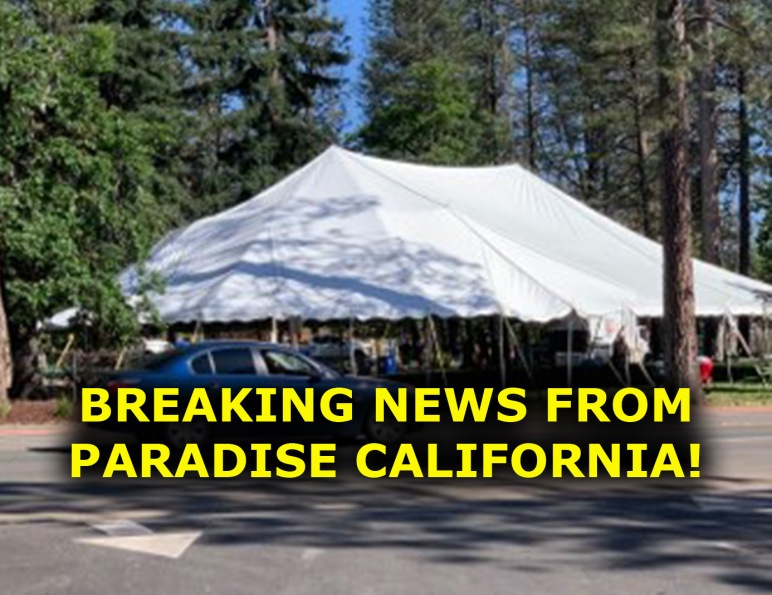 Our tent is up in the heart of Paradise, California. Tonight will be the opening night! And it all begins at 7 p.m. The tent address is 6626 Skyway Road.  We have sent out our workers who have invited the entire community to come and see LIVING PROOF of the power of God. The team from Inner City Action, with Frank Saldana, has been amazing.

Thousands across America are praying for this historic outreach. We believe that this is the second outpouring along the Highway 99 corridor that I, Mario, saw in the dream that God gave me concerning California nearly 6 years ago. We are obeying the Holy Spirit by following Highway 99 south to Los Angeles, touching many major cities along the way. Click here to read more about the dream.  https://mariomurilloministries.wordpress.com/2019/01/15/a-dream-over-california/

We have detected a deep hunger for God here in the Paradise/Chico/Oroville region.  We still have a critical need for workers.  Which is why—even at this late hour—I am calling on everyone who is willing to work with us, to call 775-238-3473, or use the link at the bottom of this page.

At the very least, please let me know you are praying for a mighty wave of the Holy Spirit to take place in the tent.   The thrust of this announcement is to ask for your prayers and to ask for additional workers to help us gather the supernatural harvest that is clearly forming in California.

The Holy Spirit has commanded us to be bold and to hold nothing back in these meetings. You see the rampage Satan is on right now. He is dividing, addicting, and perverting young lives in record numbers. Agree with us that drastic miracles will happen in the lives of those who come to the tent!

The only way we can fulfill this massive endeavor is with prayer and willing workers. We can’t impress upon you enough how urgent this is. We have the literature, lights, sound, chairs, tent, food, clothing—in short, we have everything in readiness—but we need workers most of all. They will decide the size of this harvest.

There is a place for you in a great act of God that is occurring in our time! Please volunteer by using the link. And again, if you can help us find the right site in the Stockton/Manteca area, be an answer to prayer and let me know as soon as possible!

END_OF_DOCUMENT_TOKEN_TO_BE_REPLACED 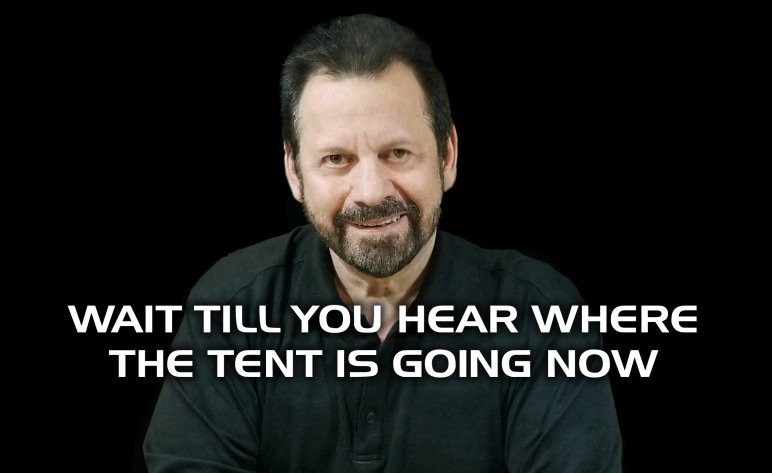 How could one phone call bring so many amazing changes?  How could we have foreseen that way our lives would change after this phone call.

The call is from Miriam, a woman of God from Paradise California. She and her husband, an anesthesiologist, had something to ask me.

It had to do with the Camp Fire—the wildfire that wiped out Paradise, California.  19,000 buildings were destroyed including nearly 12,000 homes. But this couple prayed as the fire roared toward their home. The flames stopped right at their property line.

This is a map of the perimeter of the Camp Fire with the city limits of Paradise outlined. As you can see, Paradise was in the dead center of the blaze.

They were overcome by both gratitude and grief. They grieved for so many who had lost loved ones and who were now homeless. Because Miriam and her family were spared, they made a deep vow to God to use their house for His glory. Then she asked the question:

Will you pray about bringing the tent to Paradise?” How could she have known that my wife and I had been interceding for that very door to open. After we hung up, I began to pray and study the situation. Immediately, I was struck by the impossibility.

There were so many things blocking our way. For starters, the city was extremely wary of putting up a tent after such a devastating fire. Next, there was a matter of restoring the power grid in the city. Lastly, our schedule had no way to fit this outreach in.

While we were laying the ground work for Marysville, Mechelle and I took a trip to Paradise. 50 people met in Miriam’s home to pray and I shared the vision to bring the tent. I brushed aside the impossibility because with God all things are possible.

Afterwards we walked through the city and prayed. It is beyond my vocabulary to describe the devastation. It reminded me of pictures of the fire bombing of Dresden, Germany. There is simply no way to describe it.

Well, miracle upon miracle has opened the Red Sea once again. Hallelujah! We are going to Paradise and we are bringing an army of love with us. As I prayed, the Holy Spirit kept burning these words, “Beauty for Ashes.”

The news of our confirmation came on the morning of the final day in Marysville.  But my heart sank when I saw the weather. The temperature dropped ten degrees a strong wind and heavy rain would surely damage our attendance.

Instead, the biggest crowd of all packed the tent and were worshiping with total abandon.  The power and presence of God was so intense! This is what attendance looked like before starting time.

After a host of souls were saved and miracles rang out it was time to make the first public announcement about Paradise.  Get this…when I told them we were going to Paradise CA, they exploded with a jubilant, deafening cheer.

You see, many of the refugees from Paradise were in Marysville. The believers had been loving on them and caring for them. Now the same glory they had seen in Marysville was moving 45 minutes north to Paradise. What an amazing moment!

The Living Proof Paradise begins Thursday May 2 and goes until Sunday May 5. The tent site is the Terry Ashe Recreation Center 6626 Skyway Road, Paradise CA, 95969.

We are not out of the woods yet. We still have critical needs and we don’t have much time to meet those needs. We need prayer warriors to bombard the heavenlies starting right now—right after you finish reading this.

We need workers. The raw human need is overwhelming. About 30% of the victims of the fire had no insurance. Many are in trailers. Only God knows the heaviness in their hearts. I am putting out an appeal for workers to come from wherever God sends this blog. I have never felt such an urgency for help.  Do what Jesus says and let nothing hold you back. 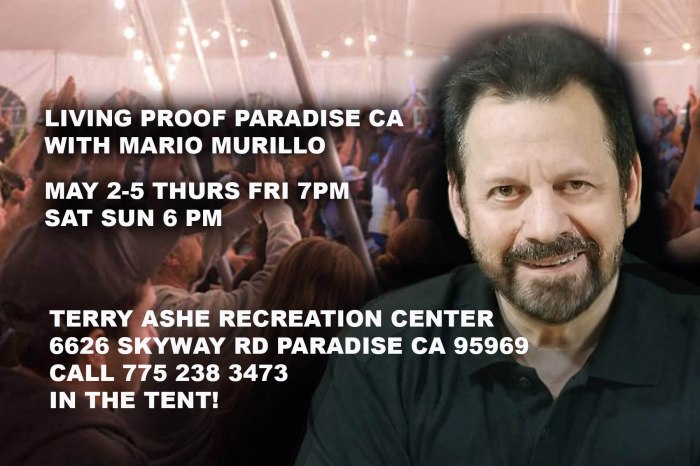