One of the architect of Obamacare said that it passed because of the stupidity of voters. Howard Kurtz, host of the Fox News Channel’s “Mediabuzz” slammed the media for failing to report the controversial comments of Obamacare architect Jonathan Gruber, arguing that the “inexcusable,” “virtual blackout” was an example of liberal media bias on Wednesday’s “O’Reilly Factor” on the Fox News Channel.

“It’s been a virtual blackout, Bill, and it’s inexcusable, nothing on the network evening newscasts.  One mention on CNN, not a word in the New York Times. On what planet is this kind of embarrassing admission not news?  Maybe on that comet where the spaceship just landed” he stated.

After O’Reilly argued “you don’t really get the news if it goes against the liberal orthodoxy, and this is proof,” Kurtz responded, “I cannot argue on this. I think it’s gotten more pronounced during the Obama administration and by the way you mentioned MSNBC. Jonathan Gruber goes on the afternoon show there and talks to Ronan Farrow who has got zero journalistic experience…my 9-year-old daughter could have conducted a better interview with Jonathan Gruber.” 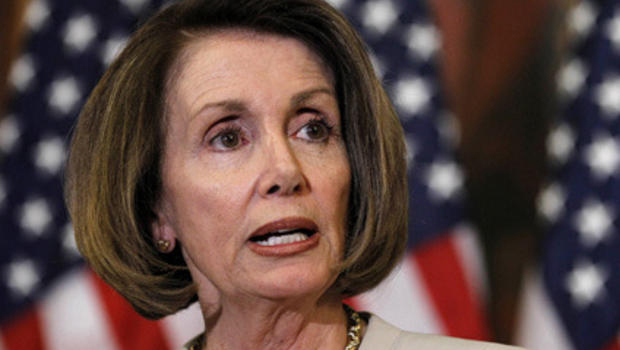 Nancy Pelosi claimed Thursday she didn’t know who ObamaCare architect Jonathan Gruber is, after several tapes surfaced showing him gloating about how the law was written to take advantage of the stupidity of the American voter.

Problem is, Gruber’s analysis of the law was cited extensively by her office back in 2009.

Pelosi, the House Democratic leader, tried to downplay Gruber’s role during a press conference on Thursday.

She claimed she doesn’t know who he is, and that he didn’t help write the law. “Let’s put him aside,” she said.

However, Gruber was involved in the process – as his newly surfaced remarks make clear – and his analysis indeed was cited by Pelosi’s office when she was House speaker in late 2009.

At the time, her office put out a “health insurance reform mythbuster” press release pointing to the work of “noted MIT health care economist Jonathan Gruber” in examining the House bill’s impact on premiums. They noted that Gruber found it “would result in lower premiums than under current law for the millions of Americans using the newly-established Health Insurance Exchange.”

Pelosi also mentioned Gruber during a press conference at the time.

And her spokesman claimed Gruber was not technically a bill author. “We’ve cited the work of dozens upon dozens of economists over the years. As the Leader said today, Mr. Gruber played no role in drafting our bill,” Pelosi spokesman Drew Hammill said.

Democrats have been putting some distance between themselves and Gruber after a series of recordings – mostly from 2012 and 2013 – have surfaced showing him bad-mouthing American voters.

The latest shows him speaking at the University of Rhode Island in 2012 about the law’s so-called “Cadillac tax.” The “Cadillac tax” mandates that insurance companies be taxed rather than policy holders. He said that taxing individuals would have been “politically impossible,” but taxing the companies worked because Americans didn’t understand the difference.

“So basically it’s the same thing,” he said. “We just tax the insurance companies, they pass on higher prices that offsets the tax break we get, it ends up being the same thing. It’s a very clever, you know, basic exploitation of the lack of economic understanding of the American voter.”

The new video follows another showing him speaking on a similar topic at an October 2013 event at Washington University in St. Louis. Referring to the “Cadillac tax,” he said: “They proposed it and that passed, because the American people are too stupid to understand the difference.” He also has said a lack of transparency helped the law pass.

Student asked to remove her cross may leave SSU

Sonoma State University student Audrey Jarvis wears a cross necklace much like the one she was asked to remove while working at a school event in June. Jarvis said a supervisor asked her to remove the necklace while representing the school. SSU officials on Monday personally apologized to her.

By SEAN SCULLY
THE PRESS DEMOCRAT

The Sonoma State student who was asked by a supervisor to remove her cross to avoid offending non-Christians says she’s not sure she will ever return to the school, but she said the university seems to be taking the matter seriously.

“The university is doing everything right and if I do decide to attend somewhere else, it would not be for lack of effort on the university’s part,” Audrey Jarvis said Monday after she and her attorney, Hiram Sasser, met with university officials.

University spokeswoman Susan Kashack said she hoped Jarvis returns to school in the fall, but in the wake of the incident, the student says she is considering her options for her junior year.

“I have some things to figure out; I’m taking a little time for myself,” she said. “I am not really sure where my future will take me, but hopefully within the next few weeks, I will be able to make some decisions and we’ll take it from there.”

Jarvis, 19, an event planner for the student government, known as Associated Students, was working at a student orientation event last month when a supervisor approached her to ask her to remove or hide a large cross necklace, saying it might be offensive or off-putting to students looking to attend the school or join the organization.

Jarvis, upset by the request, left the orientation early. After talking with lawyers from the Texas-based Liberty Institute, she filed a complaint with the university. The story hit Fox News late last month and was picked up by news organizations as far away as the U.K.

President Ruben Armiñana and others at the university quickly apologized for the incident, saying it was a misguided but well-intentioned mistake by the supervisor.

Neither Jarvis nor the university have named the person responsible for asking her to remove the cross. Jarvis said she didn’t want to “drag anyone’s name through the mud” and the university has said it is a “personnel matter,” which they treat as confidential.

Associated Students Executive Director Erik Dickson was out of the office this week and could not be reached for comment.

Monday’s meeting, which was closed to the press, was intended for the university to pass on its apology directly to Jarvis and to explain how the matter will be handled administratively.

Jarvis had asked for a “religious accommodation,” essentially a religiously based exception to any policy the university might have about wearing jewelry or other clothing. But since the university does not have any such policy, spokeswoman Kashack said, there is nothing from which to exempt her.

“There is nothing on this campus that anyone could wear or say that would be not OK,” she said.