The Silicon Valley of Decision

In 1982, God poured out His Spirit on San Jose California.  It made headlines in Major newspapers and network television.  Thousands met Christ is a harvest that went on almost every night for 22 weeks. The total attendance was well over 200,000 people.

It took supernatural strength for me to preach night after night from February until July.  Strangely, the Holy Spirit has never permitted me to return to the Silicon Valley in a revival since then…at least, not until now.

Many of you have heard why I have returned but let me summarize the stunning events of the last two weeks:

Friday night February 28th in Martinez, I asked three people to stand and then words began tumbling forth:   “You came from 60 miles away.”  But the Holy Spirit did not leave it there, telling me to add: “you are from 60 miles south of here.”

Their entire life opened like a book: “Satan has tried so hard…almost succeeded.  You have been drilling into solid rock. The Lord is saying that the drill bit is at the last layer of shale.  You are one inch away from a gusher that is going to affect thousands of people.”

It turned out that these 3 people, Pastor Dennis, Jim and Debbie were from Calvary Temple of Campbell. Not only that, but we found out later that the church is 60.9 miles south of our building! But what was explosive was when we realized that I was already scheduled to speak in this church on March 2nd!

So, on that date we filled the church, the Spirit fell, and many were saved.  The impact of the meetings has forced us to add a second week.  We are returning tomorrow morning at 10:30 AM/ 6PM and then Monday and Tuesday at 7 PM.

People are coming from all over Northern California to witness the power of God.  I know for a fact that families are bringing loved ones who are near death.  What will happen in these meetings?  Only God knows what is about to happen.           Click here to hear audio of actual prophecy     http://mariomurillo.org/campbell-word/

March 5, 2014 7:11 p.m. ET
Air-dropping himself into Kiev Tuesday, Secretary of State John Kerry announced that the Russian seizure of Crimea is “not 21st-century, G-8, major-nation behavior.” He said Mr. Putin should allow “international observers” to enter Crimea.International observers?This calls to mind Humphrey Bogart’s Fred C. Dobbs facing the gang of Mexican bandidos in “The Treasure of the Sierra Madre”:Dobbs: “If you’re the police, where are your badges?”Chief bandido: “Badges? We ain’t got no badges. We don’t need no badges!”We may assume Mr. Putin would say the masked Russians patrolling Ukrainian Crimea are “international observers.”As of this week, it’s official. Vladimir Putin has turned Barack Obama totally into Jimmy Carter.We may quibble over the timeline. Some might say it began when Mr. Obama whispered to then-Russian president Dmitry Medvedev he’d have “more flexibility” after the 2012 election; others that it set in when the U.S. president took Mr. Putin’s offer to let Bashar Assad escape the bombing of his airfields for using WMD against his own people.
Enlarge Image

A Russian-style international observer at a Ukrainian air base in Crimea. Getty Images

“Carterization” has a specific meaning in American politics. In 1980, Ronald Reagan delivered an August speech to the Veterans of Foreign Wars convention in Chicago, just as he was starting his campaign to unseat Jimmy Carter, trapped then in the Iranian hostage crisis.

“The response from the administration in Washington” to foreign threats, said Reagan, “has been one of weakness, inconsistency, vacillation and bluff.”

“Our allies are losing confidence in us, and our adversaries no longer respect us,” he said. Our partners “are confused by the lack of a coherent, principled policy from the Carter administration.”

The consequences of Mr. Obama’s Carterization overseas are coming so fast it’s hard to keep track. Ukraine, though important, is the tip of the iceberg. Here’s what else happened in the week Mr. Putin captured Crimea.

-Israel on Wednesday intercepted in the Red Sea an Iranian shipment to Gaza of dozens of Syrian-made surface-to-surface rockets. These are our new Iranian negotiating partners.

–North Korea last Thursday test-fired four short-range ballistic missiles and another this Monday. Then on Tuesday it deployed a new multiple-rocket launcher that fired four missiles with enough range to hit American and South Korean military bases near Seoul.

-In Moscow last Wednesday,Defense Minister Sergei Shoigu said Russia plans to use military bases in Cuba, Venezuela and Nicaragua for its navy and to refuel strategic bombers.

-Three months ago, Secretary Kerry ostentatiously announced in a Washington speech, “The era of the Monroe Doctrine is over.” Naturally the Russians took this as a green light to return to one of the Soviet Union’s favorite playpens. The next day, a Russian spy ship, the Viktor Leonov SSV-175, slipped unannounced into Havana Harbor.

-Then this Wednesday, a news bulletin: “China announces 12.2% increase in military budget.” That boost comes within 24 hours of the Obama budget proposing a decline in U.S. defense spending.

This is all in one week!

Ah, one more thing happened. With Ukraine, in Vladimir Putin’s word “stabilized,” Mr. Obama went to Connecticut to campaign for an increase in the federal minimum wage and from there to Boston for a Democratic fundraiser. What, me worry? 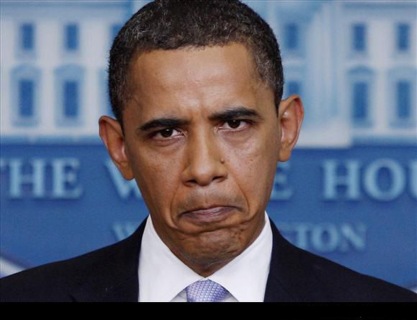 Our allies have noticed. In December, Saudi Arabia separated itself from a decades-long alliance with the U.S. to arm the Syrian opposition because the Obama administration would not. That same month Vice President Joe Biden made a trip to Asia to reassure our allies there that the U.S. “pivot” to the Pacific is real. In February Secretary Kerry went to Asia to say it all again. This is unprecedented. Until now.

Democrats spent years trying to dig out from under the Carter foreign policy image and the blame-America-first Vietnam Syndrome. Because of the Obama determination to lead from behind—which is modern Democratic foreign-policy doctrine, not just one man’s whim—they are politically vulnerable again on handling the world.

But Hillary Clinton, who has managed never to articulate anything resembling a strategic vision, may get lucky. Because opinion polls say Americans have foreign-commitment fatigue (the actual number in the oft-cited Pew poll is 52%), Republicans have gone into a defensive crouch over the U.S.’s world role. Every prominent Republican commenting on Ukraine felt obliged to disavow military action. That disavowal is dangerous. Any Republican thinking of being a successful U.S. president should read that Chicago speech.

By Marc Bennetts – Special to The Washington Times

MOSCOW — At the height of the Cold War, it was common for American conservatives to label the officially atheist Soviet Union a “godless nation.”

More than two decades on, history has come full circle, as the Kremlin and its allies in the Russian Orthodox Church hurl the same allegation at the West.

“Many Euro-Atlantic countries have moved away from their roots, including Christian values,” Russian President Vladimir Putin said in a recent keynote speech. “Policies are being pursued that place on the same level a multi-child family and a same-sex partnership, a faith in God and a belief in Satan. This is the path to degradation.”

In his state of the nation address in mid-December, Mr. Putin also portrayed Russia as a staunch defender of “traditional values” against what he depicted as the morally bankrupt West. Social and religious conservatism, the former KGB officer insisted, is the only way to prevent the world from slipping into “chaotic darkness.”

As part of this defense of “Christian values,” Russia has adopted a law banning “homosexual propaganda” and another that makes it a criminal offense to “insult” the religious sensibilities of believers.

The law on religious sensibilities was adopted in the wake of a protest in Moscow’s largest cathedral by a female punk rock group against the Orthodox Church’s support of Mr. Putin. Kremlin-run television said the group’s “demonic” protest was funded by “some Americans.”

Mr. Putin’s views of the West were echoed this month by Patriarch Kirill I of Moscow, the leader of the Orthodox Church, who accused Western countries of engaging in the “spiritual disarmament” of their people.

In particular, Patriarch Kirill criticized laws in several European countries that prevent believers from displaying religious symbols, including crosses on necklaces, at work.

“The general political direction of the [Western political] elite bears, without doubt, an anti-Christian and anti-religious character,” the patriarch said in comments aired on state-controlled television.

“We have been through an epoch of atheism, and we know what it is to live without God,” Patriarch Kirill said. “We want to shout to the whole world, ‘Stop!’”

Other figures within the Orthodox Church have gone further in criticizing the West. Archpriest Vsevolod Chaplin, a church spokesman, suggested that the modern-day West is no better for a Christian believer than the Soviet Union.

Soviet authorities executed some 200,000 clergy and believers from 1917 to 1937, according to a 1995 presidential committee report. Thousands of churches were destroyed, and those that survived were turned into warehouses, garages or museums of atheism.

“The separation of the secular and the religious is a fatal mistake by the West,” the Rev. Chaplin said. “It is a monstrous phenomenon that has occurred only in Western civilization and will kill the West, both politically and morally.”

The Kremlin’s encouragement of traditional values has sparked a rise in Orthodox vigilantism. Fringe groups such as the Union of Orthodox Banner Bearers, an ultraconservative movement whose slogan is “Orthodoxy or Death,” are gaining prominence.

Patriarch Kirill has honored the group’s leader, openly anti-Semitic monarchist Leonid Simonovich, for his services to the Orthodox Church. The Banner Bearers, who dress in black paramilitary uniforms festooned with skulls, regularly confront gay and liberal activists on the streets of Moscow.

Although Mr. Putin has never made a secret of what he says is his deep Christian faith, his first decade in power was largely free of overtly religious rhetoric. Little or no attempt was made to impose a set of values on Russians or lecture to the West on morals.

However, since his inauguration for a third presidential term in May 2012, the increasingly authoritarian leader has sought to reach out to Russia’s conservative, xenophobic heartland for support.

It has proved a rich hunting ground.

“Western values, from liberalism to the recognition of the rights of sexual minorities, from Catholicism and Protestantism to comfortable jails for murderers, provoke in us suspicion, astonishment and alienation,” Yevgeny Bazhanov, rector of the Russian Foreign Ministry’s diplomatic academy, wrote in a recent essay.

Analysts suggest that Mr. Putin’s shift to ultraconservatism and anti-West rhetoric was triggered by mass protests against his rule that rocked Russia in 2011 and 2012. The unprecedented show of dissent was led mainly by educated, urban Muscovites — many with undisguised pro-Western sympathies.

“This is the government’s response to modernized Russians becoming more defiant and independent,” said Maria Lipman, an analyst with the Moscow-based Carnegie Center. “The government is pitting the conservative majority against the liberal minority. As a result, raging anti-Western ideology has now turned into something that is almost a state ideology.”

Ms. Lipman, however, suggested that Mr. Putin may be wary of expressing too much support for the Orthodox Church — “a symbol of Russian statehood” — lest it someday challenge his authority.

Some 70 percent of Russians define themselves as Orthodox Christians in opinion polls, and opposition figures in the past have called on the church to play a mediating role between the Kremlin and protesters.

“Because of Putin’s shift to conservatism, the church may feel more emboldened,” Ms. Lipman said. “So Putin does not overemphasize the church in speeches, preferring to concentrate on talk of traditional values. He is wary of boosting its support even higher.”