You want to know the truth?  They went after our children with a vengeance unseen in history.  A harem of Hollywood operatives seduced them.  A battery of activist University Professors bullied them.  A malignant media provided a smoke screen and a poisoned well of politicians flat-out lied to them. The younger generation was seduced by promises of a better life.

But the God haters took it to another level by turning moral teaching into hate speech.  George Orwell said, “In times of universal deceit telling the truth becomes a revolutionary act.”

Isaiah said, “They say that what is right is wrong and what is wrong is right; that black is white and white is black; bitter is sweet and sweet is bitter.” -Isaiah 5:18-22

George did not mean revolutionary in the way we have come to use it i.e. “a revolutionary way to wax your car.”  He meant that those who spoke the truth would be deemed enemies of the state.

Listen to Charles Krauthammer, “The left is entering a new phase of ideological agitation — no longer trying to win the debate but stopping debate altogether, banishing from public discourse any and all opposition.

“The proper word for that attitude is totalitarian,” he explains. “It declares certain controversies over and visits serious consequences — from social ostracism to vocational defenestration — upon those who refuse to be silenced.”

The answer is to take a closer look!  If you do you will see that a door of opportunity has opened.  Youth have seen the beast!  They are feeling the aftermath.  The brave new world of justice and prosperity never dawned.  The equality never transpired, for that matter neither did the medical coverage, the prosperity or the promised of hope and change.  What they do see is an angry self-serving tyranny that has endangered their future.

The wreckage of his administration and the cruelty of his actions toward political enemies are now painfully clear to youth in America.

In a detailed, national poll released last month by Harvard’s Institute of Politics, nearly half of young voters said they would recall President Obama if they could. Think of that!

There is a great door opening to us and here is what we are going to do about it.

Good Friday April 18 marks the beginning of a remarkable tour.  Mario Murillo and Jennifer Azzato will team up to bring Living Proof to Northern California.  Living Proof is not just a slogan but the literal goal of this tour.  In each and every city that is included in this tour will come a night where the claim that Christ is the Son of God will be backed up with miracles. 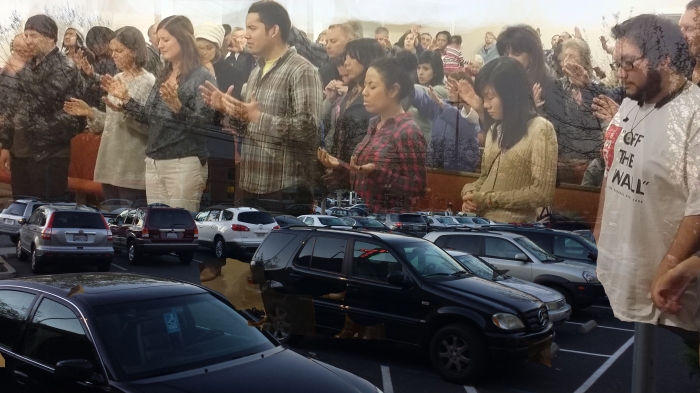 As we see it, California leads the nation in this deception and this is where we need the miracle to start.

We need to declare truth!  The problem is not global warming…it is moral cooling.   We need miracles that will verify God’s love.   This tour provides the atmosphere for supernatural evidence to touch all who are willing to receive.  These are not nights to debate the existence of God but to experience the power of God.

The enemy we face is sophisticated, organized and well-funded.  Any endeavor with a human origin is doomed from the start.   Going forward, we must saturate our plans in prayer and only apply solutions from the Holy Spirit.  The ideas must come from Him. We will find the strategies we need, the words that will silence our enemy and the miracles that will confirm and convince a secular generation.

Join us in prayer and if you live within driving distance of one of these Living Proof events bring someone who needs Christ or a healing miracle.   Here is the Calendar of events: