We, the Christians who are prepared to do what it takes to see Trump reelected, have a loving and respectful message for our brothers and sisters in Christ.

To those who are squeamish and have sided with the agenda of immorality and socialism, we say—in the most loving way possible—God bless you, but please stay out of our way as we pursue God’s miracle in 2020.  The Trump miracle is not for wimps.

Now, let me also speak respectfully to those who are honestly undecided.

Satan has stoked the fires in an attempt to get the church to abandon Trump. The devil has intimidated believers to couch their fear in terms of false spirituality. These believers use high-sounding jargon to justify siding against their brothers and sisters in Christ.

But, in doing that, they also abandon their miracle.  Trump is only the start of a miracle. Trump is a foot in the door—a stay of execution.  He is an act of God to buy the church time to repent and return to her rightful role in American life.

Trump is not a pastor or a moral reformer. His role is specialized and only for a season. If we don’t seize the time and the door God has opened, I promise you, disaster will strike.

Consider how Nancy Pelosi and Chuck Schumer have handled the last two years: Endless investigations—ignoring the economy, what is best for American families, and indifferent to the invasion of our country. They have been in a frenzy to normalize immorality, and giving billions of dollars to people who are not Americans.

Trump annoys you? You want a saint in the Oval Office? His idiosyncrasies are nothing in comparison to the overt godlessness spewing from leftist candidates. Before you abandon Trump, take another look at the alternative.

Now let me address those of you who believe Trump is a miracle, but are not willing to work for his reelection because you think this miracle doesn’t need your help.

You who claim Trump is a miracle, like King Cyrus, need to take another look at King Cyrus. Cyrus only helped Israel in a limited capacity, and for a short time. It was up to the people of God to seize the miracle. In fact it was the Jews who wanted to remain in Babylon that nearly destroyed the miracle.

If not for the astonishing endurance of a handful of priests, prophets, and one notable cup bearer, Israel would have remained in ruins.  (Read Ezra, Nehemiah and Haggai). They led the people who were willing to work to rebuild their nation.

It took nearly 80 years after the king’s decree before the Temple and the wall were finished. I will let you in on a secret: we don’t have 80 years.  If we do not learn from history, then America will never be restored.  If we blow this, disaster is inevitable.

It is silly to worry about what people will think if we stand with Trump. The Left is going hate you anyway—with or without Trump. At least, with Trump we have a chance. We have a temporary firewall that will allow us to preach the Gospel and hold on for another miracle.

We can’t be passive! We can’t fear supporting the President because things have gotten so heated.  Don’t waste the miracle we have received.

Saying that we should not get involved in politics, because politics has become so dirty, is like saying we should not try to save the lost because they are so sinful.

The American church must build on the opportunity. We must wake up to our task!  We must shake off the disastrous apathy and the sin of complacency.

2020 will be a year when the nation will be totally divided. It will be the year that will see the election of your lifetime.

I don’t believe you are reading this by accident. Listen for the voice of the Holy Spirit. His voice will give you confirmation that what I am saying is true.

Find your place in this struggle for freedom. Don’t worry about others−just do what you know is right. God will take care of the rest.

If God be for us, who can be against us?

Join believers from across our nation. Come be a part of a new American miracle. God is seeking people in this dark hour—to arm them with extraordinary power to work miracles and destroy strongholds of evil.

He yearns to express the power Jesus won on the Cross—the power we must return to. Come to something bigger than a convention. It’s an outpouring and marching orders. My special guest is Perry Stone.  Free but you must register!  Click below to register:

Reason 1:  Obama and his policies is the Ebola virus to American liberty:  For America to survive, Obama’s policies must be utterly repudiated.   Like a killer frost, Obama has damaged everything he has touched.   He meant to hurt us.  His policies are designed to do keep doing damage long after he is gone.

With malice and forethought he shamed us abroad, divided us at home and, as no one before him, cast a shroud over the nation’s future.  The proof that his platform is wholly destructive is this fact: any city or state that has fully implemented his agenda has watched poverty, crime, and addiction skyrocket.

America will simply not survive the train wreck tomfoolery of this administration.  It all has to go.

No one in the Democratic Party has apologized for their crimes against freedom, morality, and prosperity.  No one rose up and opposed the madness.  This means that they still don’t get it.  You simply cannot vote for anyone who had a hand in this devastation or is a threat to continue the devastation. 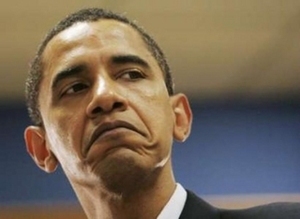 Reason 3:  This is probably your last chance to demonstrate your Christianity in an election:  Liberty is on the ropes.  Government has seized control of almost everything.  Operatives within the Democratic Party want to keep power no matter what they have to do to keep it.   Stop the tyranny now or they will think that they can do anything they want.

It is disgusting that Pastors voted and campaigned for Obama in two elections!  This is your chance to repent and do the right thing for the nation and your congregation.  It is likely your last chance.

For minority Christians that voted for Obama for cell phones, government assistance or to legalize relatives I have a simple question… what will you do when the money is gone, the law is useless and America is worse than the nation they escaped?

For the lukewarm Christian who would rather remain silent I have a question:   If you don’t have the courage to speak out now… how will you find the courage to live under persecution?

Never have the stakes been higher.  Never has the choice been clearer.  Silence is not an option.   Get mad, get informed and get going.  Vote them out.