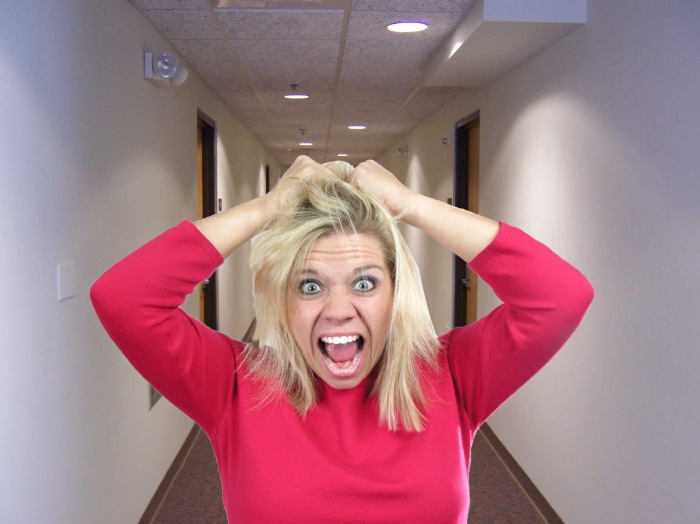 Hell in the Hallway:  Handling the Torture of Transition.

A wise man once said, “When God closes one door He opens another, but it can be hell in the hallway.”  That private hell is a reality to millions of God’s people around the world.  Transition is everywhere and it seems to be coming faster and fiercer than ever.

Transition is God’s way of telling you that promotion is coming.  However, you and I are interested in the promotion but God is concerned with making us like Christ.

Since He makes the rules let us surrender to the work He wants to do in us in the hallway.

Hebrews 12: 11 “Now no chastening seems to be joyful for the present, but painful; nevertheless, afterward it yields the peaceable fruit of righteousness to those who have been trained by it. 12 therefore strengthen the hands which hang down, and the feeble knees, 13 and make straight paths for your feet, so that what is lame may not be dislocated, but rather be healed.”

If you are going through the torture of transition right now there are some rules that you must obey to lessen the pain and shorten your time in the hallway.  I did not make up these rules.  They are not my opinion, they are they universal experience of God’s heroes throughout the ages.

Here are the official rules for handling your hell in the hallway:

1. Leave clean:  Acts 13: 2 “while they were worshiping the Lord and fasting, the Holy Spirit said, “Set apart for me Barnabas and Saul for the work to which I have called them.” 3 So after they had fasted and prayed, they placed their hands on them and sent them off.”

Satan hijacks divine transitions.  Be it a job, friendship, or a church it is urgent that you leave clean.  By that, I mean your departure should be as peaceful and blessed as possible.  Change location but avoid cutting off relationships lest you damage the Kingdom of God.

What should have been a launching out to greater works instead becomes a sordid affair of accusation and division.  Mishandling transition has destroyed vital relationships.  If you look around, you will see that the real barriers to revival are not the evil in the world but offended Christian leaders who cannot work together.

Leave clean or you will take the class over again.   James 1:4 “but let patience have its perfect work, that you may be perfect and complete, lacking nothing.” Recently, longtime friends who were like family suddenly offered bizarre excuses and then cut off communication.  We love them!   We diligently searched our hearts and we found not a clue of what offended them.   Then it occurred to us that this was a pattern in their life.  Sadly, this will lengthen their time in the hallway and force them to retake this class.

2.  Don’t stare too long at the door that is closing or you will miss the one that God is opening.

Often we think that we should only have a bad reason to make a transition.  God can call for change when things are great and you love the people you are with.  These are the doors that we don’t want to close.  However there is a grave danger of being the last one to leave the party.

1 Samuel 20: 2: “Never!” Jonathan replied. “You are not going to die! Look, my father doesn’t do anything, great or small, without letting me know. Why would he hide this from me? It isn’t so!”3 But David took an oath and said, “Your father knows very well that I have found favor in your eyes, and he has said to himself, ‘Jonathan must not know this or he will be grieved.’ Yet as surely as the Lord lives and as you live, there is only a step between me and death.”

David and Jonathan were best friends but God was calling for change.  Jonathan wanted everyone to be one big happy family in the palace.  Had David given in to his friend he would have been murdered.

God wants to open that new door sooner than you think.  He just wants you to let the hallway do its work.    Ludwig Wittgenstein said, “A man will be imprisoned in a room with a door that’s unlocked and opens inwards; as long as it does not occur to him to pull rather than push.”

Quit pushing for promotion and start pulling on God.