Mario Murillo says, “Many Christians are fed up with the world system—especially the way it operates in the church.  They leave church thinking, ‘this is not it, there’s something bad wrong here.’  They can’t stomach the glitzy entertainment centers anymore…”

IS GOD DOING A SECRET WORK IN YOU?

Many Christians are fed up with the world system—especially the way it operates in the church.  They leave church thinking, “this is not it, there’s something bad wrong here.”  They can’t stomach the glitzy entertainment centers anymore.

They are angry at ego-centric pastors with grandiose, expense and carnal visions.  They accuse them of being distracted—even derailed from their first love.   Disciples are abandoning attraction churches—something revolutionary is happening inside them.  God has started a secret work in them.

Many honest Pastors are also in divine turmoil.  The enemy condemned them for having a smaller church.   After years of blood sweat and tears their churches were battered, broken and diminished because they can’t compete with mega-mania.

And why can’t they compete? It’s because they keep their integrity!   When they see large crowds and big money pour effortlessly into churches that either hide or pervert the Gospel…it’s easy to feel like a fool for staying true.  The Bible says, “Surely I have cleansed my heart in vain, And washed my hands in innocence. For all day long I have been plagued, and chastened every morning.” Psalm 73:13,14.

However, our friend in Psalm 73 came to a great conclusion. After being bull-dozed by the success of the wicked he took action “16 When I thought how to understand this, It was too painful for me—17 Until I went into the sanctuary of God; Then I understood their end.”  Many pastor’s  hearts are crying out for more—for a miracle they can’t even describe.

When he entered the sanctuary exhausted and discouraged, the greatness of God began to overtake him.  He saw that there is no version of this battle where Satan wins.  This is a part of the secret work God is doing in pastors!

A growing number of hungry hearts agree—with all its money and crowds—the compromised church did nothing to rebuke America’s sin.  The seeker model was a house of cards against the onslaught on the unborn and marriage.  While men slept, we had millions of abortions and marriage was destroyed.  The last 10 years we have lost battle after battle in government, education and the media.  We are a hopelessly divided nation—to a large extent the pulpit is to blame.

Deep, deep in my soul where the real knowing happens—I know God is doing something new.  Every atom of my being tells me that God is doing a secret work in His people.  God is finished with hirelings.  He is drawing a remnant out of corruption and into a special, supernatural nearness to Him.  They will empty themselves of everything, every ambition will be burned out but one…to love and please Christ.

Is God doing a secret work in you?  Has God closed you in and stripped you of all enjoyment of lesser things?  Are you in divine frustration because you are going to be a part of something only God can do?

What if millions of Americans get so miserable that they cry out to God in total desperation?  What if their cry is too deep and their hunger is too great to ever be happy in a lukewarm church?  This is why the Holy Spirit is recruiting a new breed…a breed that can be trusted in an awakening.

God is doing a secret work!  He is pulling a remnant to Himself.  He is taking the prophetic core and communing with them—training them—empowering them—preparing them for one last mighty blast of power.  The Holy Spirit sees that our nation hangs by a thread.  The death-rattle is in America’s throat.   Before God allows destruction—He is going to do one last massive miracle.  What will that look like?

-People no one’s ever heard of will come to the forefront.  They will arrive with awesome power and piercing messages.  Not all of them will be regular ministers.  In fact, the majority will not leave their secular careers as God is using them.  Some will be children!

-Strange locations will house massive outpourings.  Churches that have been small for years will become ground zero of God’s presence.   People will flock in from everywhere to these centers of fire and glory.  Stunning signs and wonders will rock entire communities.  These churches will be forced to stay open 24 hours a day. 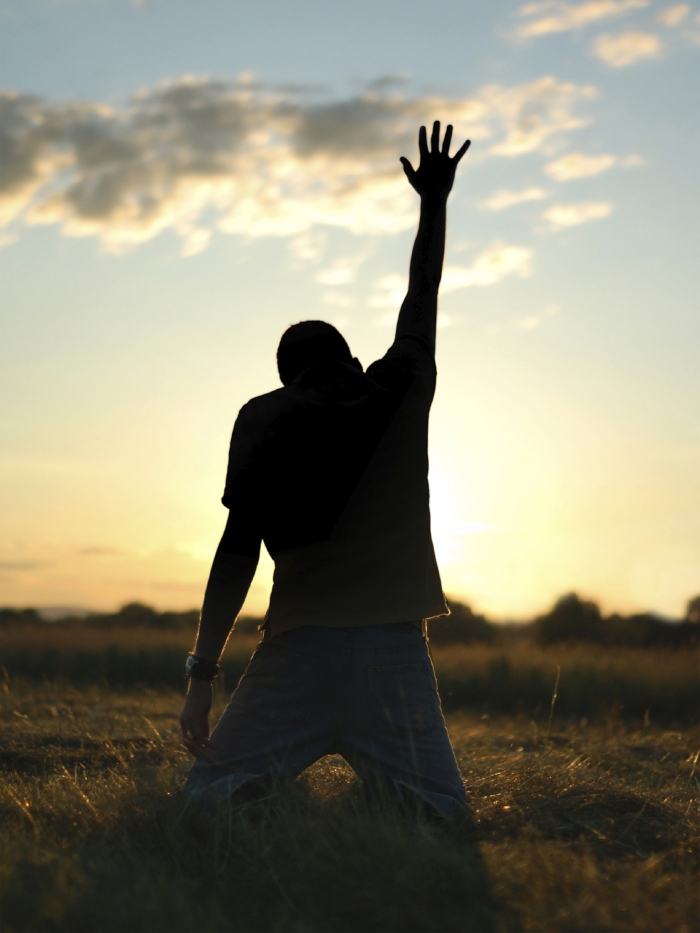 God is doing a secret work in you.  He is making you miserable to make you into a miracle.

A.C. Valdez was a child at Azusa Street who later became an evangelist.  God showed him the future and here is what he said:  “All the electrifying adjectives in the dictionary shaken together, pressed down and running over will not begin to describe the soon-to-come, greatest outpouring of the Holy Spirit of all times-what the Bible calls “the latter rain.”  You are going to see lay members carry out an amazing ministry through gifts of the Holy Spirit.  There will be wholesale cures of “incurable” conditions, healings of the blind, deaf, dumb, and handicapped, and creative miracles that will strain the imagination.  For those born without eyes ears, fingers arms or legs-or those who have lost them through disease or accidents- God will make new ones. Many astonishing miracle swill happen to bring on an international Christian breakthrough.”  I believe A.C. Valdez is not talking about a time far off in the future.. he is talking about now because, my friend it is now or never.