Beto O’Rourke just called Trump a Nazi. He cited comments Trump has made about Mexicans. The problem is that Trump never said all Mexicans are thieves and rapists. If you believe he said that, you believe a lie.

What he said was that among the people who invading us there are thieves and rapists and that the nation of Mexico condones the illegal entry of these criminals.  What Trump said was a simple fact and the statistics bear it out.

24% of the women who are among groups of illegals are raped during their attempt to enter our country. Not only that, but once these criminals get here, they commit rape and murder of innocent Americans in alarming numbers.

Beto’s accusation of Nazism is the ultimate irony because if you want a modern comparison to the death camps, it is the abortion clinics—and Beto heartily defends killing babies even after they are born.

The real difference between our abortion clinics and German concentration camps is that tens of millions more have died in our clinics than in their camps. 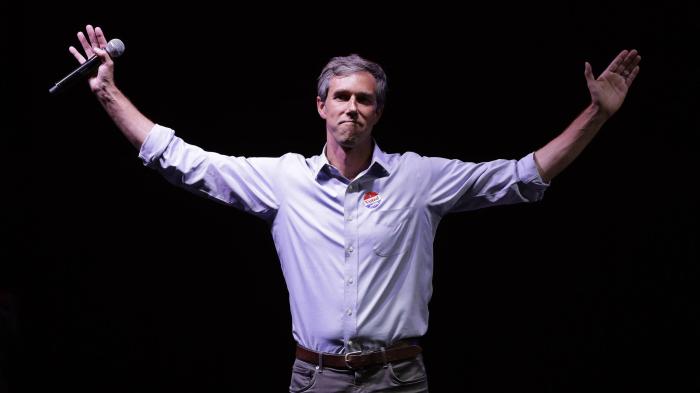 What is similar is that Nazis didn’t believe Jews were human and the left doesn’t believe a fully developed fetus is human.

The greatest moral outrage of our time is the hypocrisy over immigration and abortion. When one feels more compassion for MS 13 gangsters than innocent babies it is pure madness and abomination.

The only thing darker is the motivation behind this hypocrisy: it is to get more votes for the Democrat Party. Period. Democrats have sold their soul to Satan for votes. They have ruined America for votes. They know illegals will vote for the leftists who helped sneak them in. They know that an immoral society will vote for abortion if you can help salve their conscience by sanitizing ritual murder into simple birth control.

However, today I am opening my heart to warn my fellow preachers and begging them to stop being traitors—traitors to the cause of righteousness.

Or perhaps you are silent on immigration and abortion and believe that you are exonerated. Your silence is a betrayal of your calling to be a man or woman of God. You know the condition of America. You know there is a moral civil war that makes neutrality impossible. You know your own people are suffering for your misguided views. The Word of God leaves no room for you to abandon your post in this dark hour.

Do you realize that if the men and women of God had mobilized their congregations to vote righteously, we would not be in this mess—but here we are and there is no longer a place for you to hide. We must bring the Body of Christ together to stand against the agenda that is about to destroy us.

Why were you easy on Obama and are now hard on Trump? Notable Christian leaders who did not speak out against Obama have now chosen to speak out against Trump.  Specifically, they claim Trump’s immigration policy is anti-Christian.

It makes zero sense.  Let’s begin with their silence on Obama. Obama was the most hostile president to the Bible in history.  Obama fought for late term abortion.

Now you oppose Trump—the first president to address the March for Life.  Now you attack the president who finally stood up to the hideous Johnson Amendment that took away your free speech.  You use that newly won free speech to attack Trump.

The most devastating charge is this: you actively told your people not to vote for Trump…and unless you wake up you will do it again in the next election.   If you succeed, you will help a raging leftist become the most powerful person in the world.

You don’t want a wall; you believe Jesus taught open borders.  You don’t believe we should push to ban abortion. Have you swallowed the Kool-Aid of the left?

Have you copied the sin of Democrats? They want more votes and you want more members—members who will only stick with a church that compromises truth.

You are siding with sanctuary cities.  You are allowing a system that protects killers.  This one hits home to me because just recently in Reno where I live, an illegal immigrant murdered 4 people.

You are siding against your own congregation.  You are condoning flooding the labor market with unskilled labor even as robots replace workers. This impacts the life of the people you swore to serve.  You are blatantly contradicting yourselves claiming to be their pastor even as you help make their lives harder and more dangerous.

I love you as my brothers, sisters and coworkers in Christ, but on this point,  you need to be publicly challenged.  Examine your argument and see if it is the one that is false and unchristian.

Illegals have killed and they will kill again.  Abortion clinics kill by the second.  Democrats have truly made themselves the party of death. Ask God if you are not pawns in their game.

Lastly, is a wall and a secure border unchristian?  Let’s ask Jesus.  “But know this, that if the master of the house had known what hour the thief would come, he would have watched and not allowed his house to be broken into.” –Matthew 24:43

I am begging you my brothers and sisters. Let’s unify at the foot of the Cross of Jesus and see the righteous cause.  You are not here to get your jollies from money and big churches. You have come to the Kingdom for such a time as this. You are here to roar truth from a heart of love and spend yourself for the sake of turning America away from disaster. Don’t be a traitor!