Nearly a month and a half into the dismal Obamacare rollout, Center for Medicare and Medicaid Services communications director Julie Bataille told reporters on Tuesday that CMS has begun emailing at least 275,000 people who had gotten “stuck” attempting to create accounts on the glitch-ridden HealthCare.gov, asking them to come back to the site and “try again.”

Bataille refused to say whether all 275,000 people would be able to use the exchange at the same time without crashing the system. Instead, she dodged specifics about the progress programmers have been making on the website’s repair efforts and how CMS would be able to meet its Nov. 30 deadline — the day the Obama administration has promised to have the site up and running “smoothly for the vast majority of users.”

“The system is getting better each week,” Bataille said. She didn’t specify whether the website would be completely fixed and glitch-free, though. Instead, she pointed to other ways consumers could sign up for insurance through the exchanges “whether that is via direct enrollment with insurance companies to meet the pent up consumer demand or … calling the call centers or enrolling in person.” 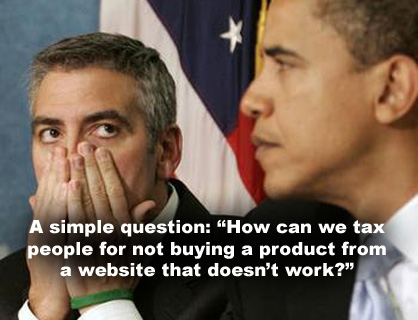 The Obama administration’s repeated refusal to provide specifics on when the site would actually be functioning after the end-of-November deadline is not surprising given the wide-ranging technological and operational problems with the site.

It’s even more discouraging since less than 50,000 people have signed up for health insurance through the federal exchange, according to unofficial estimates reported by the Wall Street Journal.

And it doesn’t appear to be getting better.

According to tech experts, the sorry state of the current website does little to inspire confidence that it can be fixed and functional in less than three weeks.

“When I visited HealthCare.gov on October 1, that was the worst piece of software I’ve ever experienced in my life,” said Luke Chung, founder and CEO of the software company FMS. “It had nothing to do with too many users. It couldn’t serve one user.” 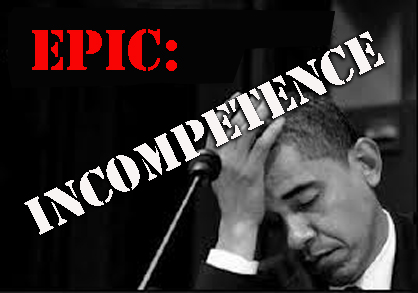 According to Sumit Nijhawan, CEO of Infogix, a data security firm working with private insurers, even if the White House can fix the problems associated with the site, they’re going to find new ones immediately. Nijhawan also warned that the systems that allow CMS and health insurance companies to exchange information are nowhere close to being ready, meaning tech problems could last years.

Nijhawan, whose firm is working to verify information submitted by users, said that they’re receiving volumes of bad information, to which he attributed one of three factors:

Chung, who is testifying in front of the House Oversight committee today, said these technical issues are the most frustrating.

“I have contended all along that this is not that difficult of a project,” he said. “It doesn’t provide health care, it doesn’t even provide insurance. It’s just a form to apply for a subsidy to get health insurance. It’s automating a paper form. It shouldn’t be that hard.”

“Technically, this is not that difficult,” Chung added. “It shouldn’t cost more than $10 million. And it should be something that can be done in a couple of months.”

According to both Chung and Nijhawan, even if the White House can build a functional website by the end of the month, new problems would appear almost immediately.

“The idea that it would be perfect is never. All systems are never perfect. It’s never perfectly secure or functioning,” Chung said. “If you discovered hundreds of bugs on the initial launch, there are hundreds more or multiples of that that haven’t been discovered yet.”

Nijhawan also touched on a problem that has yet to be widely addressed. He said the exchanges that are expected to allow insurance companies to share information with the federal government are not close to being ready. Without this information, CMS would not know who enrolled in the plans.

“As soon as these enrollment issues get ironed out either by December or March, you have other issues relating to the back end, where there’s a lot of reconciliation that needs to be done between health care and CMS,” Nijhawan said.

When asked why these exchanges weren’t completed before the rollout, he said, “They were trying to desperately get ready for the rollout.”

Every one of us knows America needs revival.  But what would that look like?  America has changed so much that it is no longer possible to give the usual answers to that question.  Here is a conference that combines 4 voices that will give a face, a definition and substance to revival in our nation.

The Conference is called R.I.O.T. an acronym for REVIVAL IN OUR TIME.  It begins this Thursday night November 14th at 7 PM appropriately at the American Revival Center in Martinez,  California.

Who is this conference for?  It is for every any pastor, evangelist, leader or concerned believer who is contending for a moral awakening in the United States.

JUST LOOK AT THE SPEAKERS:

Evangelist Mario Murillo: will host the conference and minister in every session.  Mario has seen true revivals in the most unlikely places in America.  His book Reaching Critical Mass  has been required reading in over 50 schools, colleges and universities including the Bethel School of Supernatural Ministry.

Not far from the scene where Trayvon Martin was killed God is growing a multiracial miracle in an airplane hangar. Richard Summerlin is building the next generation of revival congregations in America.  Thousands have been swept up into the Kingdom of Christ

Richard was a bounty hunter who went after dangerous felons and then became an expert alligator wrestler until he decided to blend his skills and become a pastor.  God has graced Richard with a wisdom and leadership mantle way beyond his young age.  There is no doubt that his preaching and miracle ministry will be an explosive encounter for leaders and all believers.

Sean Smith was just a boy when his father was murdered in inner city Oakland California.  Out of the ashes of unimaginable despair and pain God raised up a unique voice to this generation. It began when heaven deposited fire in his soul while he was a student at the University of the Pacific.  This fire turned his pain into the fuel for excellence. Just two years after his total transformation through Christ at the University of the Pacific he led a student movement.

Then the Holy Spirit promoted Sean Smith to full time crusade ministry. He became a global voice and a supernatural gift that devastates the powers of darkness.  He has written several books including the groundbreaking volume I Am Your Sign.

On Friday night at R.I.O.T Sean Smith will bring a word from the Lord that is best described by his mission statement: CARE: Captivate for Christ the hearts of a generation; Activate the army of God to fulfill its destiny; Reach out to and reap lost souls; and Equip the body of Christ to meet the challenge of the Great Commission.

After more than three million miles of global travel and sometimes speaking to more than half-a-million annually, Winkie has wide experience in motivating leaders, ministers, educators and young people. Winkie is a mavin, a researcher and public communicator with ability to take existing ideas, break them down to simpler forms and make them practical and freely available to others.

Winkie is considered the greatest living authority on revival. A featured speaker at major conferences, conventions, festivals and other gatherings, his “scholarship on fire” approach has impacted multitudes around the globe, and resulted in the creation or formation of new works to effectively reach, encourage and train young people.

There is no charge for the conference.  Childcare is provided in each session.  There is no doubt that this conference will take revival from the theoretical and the mystical and make it more real than you ever imagined.  See you at the RIOT!

Ellmers: ‘…has a man ever delivered a baby?’

Sebelius had a sharp exchange with Rep. Renee Ellmers (R-N.C.), who asked if it was true that under the Affordable Care Act, men would have to buy maternity coverage?

“This is why premiums are going up, because we are forcing people to buy coverage they will never need,” Ellmers said.

Sebelius responded that insurance policies cover many things people may never need, and that many of these men may need such coverage for their spouses.

“To your knowledge, has a man ever delivered a baby?” Ellmers asked before the chairman cut her off because she had run out of time.

Hearing may continue for a while

In an indication that the hearing may go on for a while longer, Chairman Fred Upton (R-Mich.) told Sebelius that he was going to try to get her out of there by 12:30 p.m. Chuckles arose from the room.

“Is that a joke?” Sebelius said.

Gardner to Sebelius: ‘Why aren’t you losing your insurance?’

Rep. Cory Gardner (R-Colo.) told Sebelius that he and his family buy their health insurance on the private market, and like other people in his boat, got a notice saying his plan was being discontinued this year. He said he chose to reject his congressional insurance to be more like people in his district.

“Why aren’t you losing your insurance?” he demanded of Sebelius. “Why won’t you go into this exchange?”

Sebelius responded that she is not eligible, because people who get affordable coverage through their employer may not apply through the marketplace.

“I would urge you to be like the American people,” he said, before asking for a waiver from the health-care law for his Colorado district.

We’re off to see the wizard…

Several members of the Energy and Commerce Committee compared the launch of Obamacare to the classic movie “The Wizard of Oz.”

“There is a famous movie called the ‘Wizard of Oz,’ and in the ‘Wizard of Oz’ there is a great line,” said Rep. Joe Barton, (R-Tex.). “Dorothy at some point in the movie turns to her little dog Toto and says, ‘Toto, we’re not in Kansas anymore.’”

“Well, Madam Secretary, while you’re from Kansas, we’re not in Kansas anymore. Some might say that we are actually in the ‘Wizard of Oz’ land given the parallel universes we appear to be habitating.”

Sebelius did not seem amused by the Kansas reference.

Pompeo said that when the characters in the “Wizard” got to the end of the yellow brick road, “at the end of the day, and they pulled back the curtain,” what they found wasn’t any different than something they already had.

Secretary of Health and Human Services Kathleen Sebelius said Wednesday that President Obama is not responsible for the botched rollout of his signature health care law.

“No, sir,” Sebelius said when asked directly whether Obama is responsible at a House hearing.

Instead, Sebelius pointed to the department she leads, HHS.

“We are responsible for the rollout,” she said.