Pitting the Holy Spirit and the Bible against each other

Satan has seduced many believers into separating the Holy Spirit and the Bible—by pitting them against each other.  The Bible not only predicted this deception, it exposed the motive behind it.

2 Timothy 4:3 says “For the time will come when they will not endure sound doctrine, but according to their own desires, because they have itching ears, they will heap up for themselves teachers…”

What they can’t endure is the Bible.  They play the ‘God card’ in order to fulfill their lusts, and then blame the Holy Spirit.

Many parents have had the following experience: They tell one of their children, “Go tell your sister, ‘Daddy says it’s time for bed.’”  Before very long, your children will begin using those magic words, “Daddy says”—even when Daddy didn’t say. That is one of the dangers of not judging prophecy. It is easy to use the words, “God told me that!” when anyone wants to shut down any word of correction, or to justify questionable behavior.

The current practices among Christians of drinking, carousing, and blatant New Age preaching, did not creep into the church overnight.  It insinuated itself slowly, quietly, and under the cover of good intentions. It began in small doses.  One preacher said, “Why do we trust a Book they (the early church) didn’t have, more than the Spirit that they did have?”  Another preacher said, “We’re not supposed to worship a Book.” 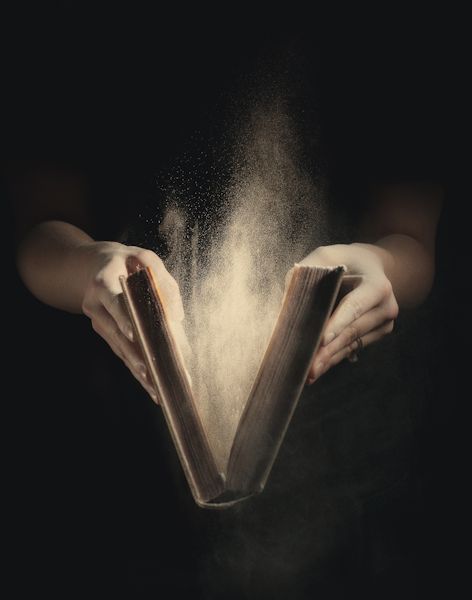 They will tell you they trust in the voice of the Spirit more than a Book.  What they are really hearing is their own voice…or worse.  They don’t deny the inerrancy of Scripture; they simply claim that they are receiving direct revelation from God that is equal to the Bible.

Bible study has become passé.  Many seek constant prophetic words.  They trust these words without comparing them against Scripture.

The Holy Spirit has become on-demand.  You’ve all seen the Facebook ads where “prophets” will give you a daily ‘word from the Lord.’  Some even charge money to give you a prophetic word.

A young revivalist claimed to get more from “an angel” than from the Bible.  He even wrote on his website, “I have had experiences in the Spirit that cannot be explained by the Bible.”  Not long after this, he left his wife and children for his secretary.  He is still in ministry, and still defending his experience.

People blame all kinds of things on “leadings of the Holy Spirit.”

“The Spirit told me I can leave my husband and children because He wants me to be happy.”

“You may not like the way I dress, but the Holy Spirit does.”

One preacher even compared the Spirit to marijuana, and said, “I am toking the Ghost.”

Him: “I am not just forgiven for the sins I have committed, I am also forgiven in advance for the ones I will commit.  Therefore, I never need to repent or confess my sin.”

Him: “Oh, well, that wasn’t written to Christians.”

Me: “No Bible scholar believes that.  In any case, that means the Apostle John wasn’t a Christian, because he said ‘if we.’ Where did you get this idea?”

Him: “It was revealed to me by the Spirit.”

Addiction to alcohol, drugs, pornography, and a host of other vices, will overtake believers when the natural protection of the Bible is removed.  Psalm 119:11 says, “Your word I have hidden in my heart, that I might not sin against You.”

Why am I condemning all of this?  Because the Bible commands me to do so: “But we have renounced the hidden things of shame, not walking in craftiness nor handling the word of God deceitfully, but by manifestation of the truth, commending ourselves to every man’s conscience in the sight of God.” (2 Corinthians 4:2)

This heresy of tuning out the Bible, in order to hear the Spirit, has flooded the church with the most carnal and self-centered believers ever.  To reject the Bible, while seeking a word from God, is to toy with witchcraft.

One of the prime purposes for Jesus sending the Holy Spirit was to help us understand and remember the Bible. “But the Helper, the Holy Spirit, Whom the Father will send in My name, He will teach you all things and bring to your remembrance all that I have said to you.” (John 14:26)

You can be sure that if you are not regularly reading the Bible, God will avoid speaking to you through prophecy.  To neglect reading the Words of Life creates a dangerous habit.  Without a biblical foundation, you will have no way to judge prophetic words.

The superiority of the Bible over the prophetic is clearly shown by the fact that, although we are told to judge prophecy, we are never told to judge Scripture. Remember: “All Scripture is God-breathed and is useful for teaching, rebuking, correcting and training in righteousness…”

Daily Bible study is a hallmark of those who seek the Truth.  In Acts 17: 11 we find the story of a group of believers who were praised for their diligent Bible study: “Now the Berean Jews were of more noble character than those in Thessalonica, for they received the message with great eagerness and examined the Scriptures every day to see if what Paul said was true.”

We are at a crucial point in America.  If the Body of Christ doesn’t repent of this foolishness, our nation is sunk.  That is no longer the mindless wrangling of doomsday prophets—it is a clear reality.

However, there is great hope.  The combination of the Word of God confirmed and revealed by the Holy Spirit, will more than match today’s wickedness.

God knew that the insanity of today was coming. He took steps to prepare the hearts of a group of believers who would enter into a special relationship with Himself. He did so, in order to produce special powers for His children.

But, if even only a small remnant repents, gets back in the Word, and obeys the Holy Spirit, God will build an army that will prevail.  1 Samuel 14:6 gives us an example: “Then Jonathan said to the young man who bore his armor, ‘Come, let us go over to the garrison of these uncircumcised (Philistines); it may be that the Lord will work for us. For nothing restrains the Lord from saving by many or by few.’”

Be a Berean! Study the Word of God, and listen to the voice of the Holy Spirit. Become one of those ‘many or few’ who will bring this nation back to God!