Biden: ‘I’m Proud To Be President’

Joe Biden the gaffe machine was at it again Saturday.

Speaking at the Iowa State Society inauguration ball, the Vice President said, “I’m proud to be President of the United States”

After some laughter and a nudge from someone on stage, Biden corrected himself.

This of course wasn’t the first time Biden was confused about who’s in the White House. In November, he referred to Obama as President Clinton.

But that’s only the beginning:

Biden’s the Gaffe King, Not Ryan

Coulter: ‘Biden’s Gaffes Aren’t That Damaging to Obama Because Media Is So Playing a Part in This Campaign’

Buchanan: ‘Biden Makes One or Two More Gaffes There Is Going to be Real Apprehension in Democrat Party’

Peggy Noonan: If Biden Were Republican Meet the Press’s Topic Would Be ‘How Stupid Is This Person?’

Giuliani: If Biden Were a Republican Making These Gaffes ‘He’d Be Plastered All Over the Media’

And this is a man America’s media will gleefully support in 2016 if he wins his party’s nomination for president.

Noel Sheppard is the Associate Editor of NewsBusters. 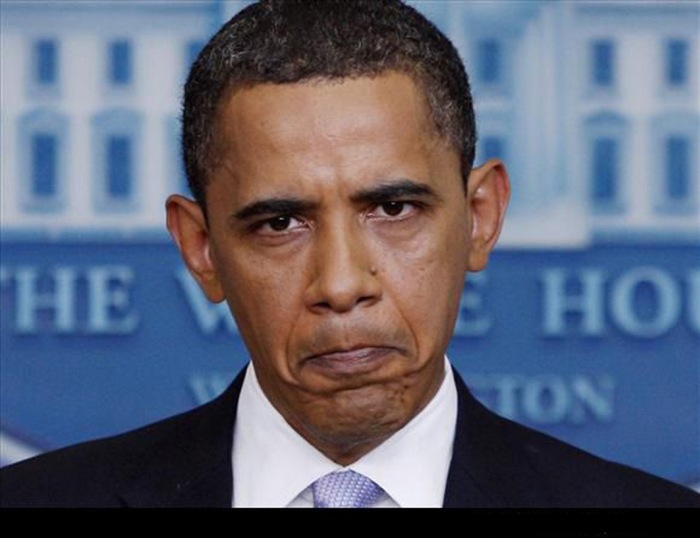 It’s been a while since we’ve had an incumbent President lose an election.  In fact, it was 20 years ago, when George H. W. Bush lost in a three-way fight to Bill Clinton.  What made that election remarkable was that Bush had enjoyed some of the best-ever job approval ratings of any modern American President just a little over a year earlier, into the 80s — unthinkable these days for anyone, Republican or Democrat.  Bush, a decorated veteran of World War II and a longtime player in diplomacy and national security, lost the election to an upstart Governor when the economy turned somewhat sour.

I recall the moment when I realized for the first time — not feared, but realized — that Bush would lose the election.  Bush was campaigning in Michigan at the end of October, trying to whip some energy back into his campaign in the home stretch, a task that would fall far short just a few days later.  Then-Governor John Engler told the Warren, MI crowd that the Bush campaign was “hot” and the Democrats “dead in the water,” which was merely the kind of fantasy all campaigns spin toward the end.

Bush then spoke, and went after Clinton and Al Gore in a personal, demeaning way I’d not heard from the President before then:

At a midday GOP rally at Macomb Community College, the president unleashed a rhetorical fusillade on Bill Clinton and running mate Sen. Albert Gore Jr., attacking their fitness for office, their character and charging, “My dog Millie knows more about foreign policy than these two bozos.”

In particular, Bush targeted Gore, whom he now calls “Ozone Man,” or just plain “Ozone.” “You know why I call him Ozone Man?” Bush said. “This guy is so far out in the environmental extreme, we’ll be up to our neck in owls and outta work for every American. He is way out, far out, man.”

When I heard that, I thought to myself, “What President talks like that?”  Part of the advantage the office gives an incumbent is its gravitas.  Bush’s own history as a diplomat, intelligence executive, and war hero gave him plenty more of that.  Bush abandoned that in the final week in schoolyard name-calling. That’s not why Bush lost the election, of course.  It was, however, the moment that I knew he’d lost it — and was pretty sure he knew he was losing, too.

Keep that in mind when you hear Barack Obama on the stump talking about “Romnesia.”  Those elementary-school attacks using people’s names are something one usually farms out to surrogates (and is pretty lame regardless).  That comes with the grasping of “binders,” literally grasping in Joe Biden’s case (and literally literally, not Bidenesque “literally”), as a major campaign theme. When the President himself starts using attacks like this, it speaks to his desperation more than his opponent’s positions.  It adds more heft to the argument that the first debate wasn’t a fluke, but demonstrated an actual gap in presidential stature between the two men.