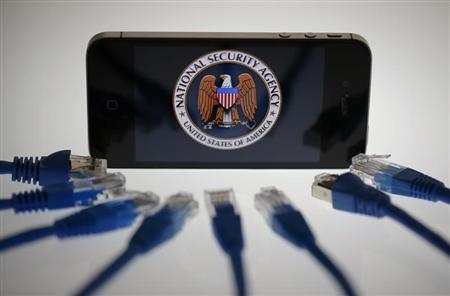 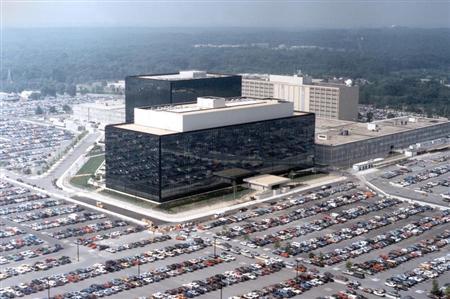 (Reuters) – President Barack Obama’s administration is likely to open a criminal investigation into the leaking of highly classified documents that revealed the secret surveillance of Americans’ telephone and email traffic, U.S. officials said on Friday.

The law enforcement and security officials, who were not authorized to speak publicly, said the agencies that normally conduct such investigations, including the FBI and Justice Department, were expecting a probe into the leaks to a British and an American newspaper.

Such investigations typically begin after an agency that believes its secrets have been leaked without authorization files a complaint with the Justice Department.

It was unclear on Friday whether a complaint had been submitted by the publicity-shy National Security Agency, which was most directly involved in the collection of trillions of telephone and email communications.

However, one U.S. official with knowledge of the situation said that given the extent and sensitivity of the recent leaks, federal law may compel officials to open an investigation.

A criminal probe would represent another turn in the Obama administration’s battle against national security leaks. This effort has been under scrutiny lately because of a Justice Department investigation that has involved searches of the phone records of Associated Press journalists and a Fox News reporter.

Leaks to media outlets this week have revealed a government campaign of domestic surveillance going far beyond anything that had been acknowledged previously.

Late on Wednesday, Britain’s Guardian newspaper published what U.S. officials later acknowledged was an order, approved by the secretive U.S. Foreign Intelligence Surveillance Court, requiring a subsidiary of Verizon Communications to give the NSA raw data showing phone calls made from numbers within the United States and from U.S. numbers to those overseas.

The data did not include the identities of people who made the calls or the contents of the calls.

On Thursday, the Guardian and the Washington Post published slides from a secret NSA powerpoint presentation that described how the agency gathered masses of email data from prominent Internet firms, including Google, Facebook and Apple under a Top-Secret program called PRISM.

Some of the companies denied that the NSA and FBI had “direct access” to their central servers, as the Post reported.

On Friday, for example, Facebook founder and Chief Executive Mark Zuckerberg said his company “is not and has never been part of any program to give the U.S. or any other government direct access to our servers.”

“We have never received a blanket request or court order from any government agency asking for information or metadata in bulk, like the one Verizon reportedly received,” Zuckerberg said. “And if we did, we would fight it aggressively. We hadn’t even heard of PRISM” before Thursday, he said.

James Clapper, the director of U.S. national intelligence, condemned the leaks and asserted that the news articles about PRISM contained “numerous inaccuracies.”

Journalists involved in The Guardian and Washington Post articles have reported in depth onWikiLeaks, the website known for publishing secret U.S. government documents.

The Post report on the PRISM program was co-written by Laura Poitras, a filmmaker who has been working on a documentary on WikiLeaks, with the cooperation of its founder Julian Assange, and who last year made a short film about Bill Binney, a former NSA employee who became a whistleblowing critic of the agency.

Last year, the web magazine Salon published a lengthy article by the author of the Guardian report, Glenn Greenwald, accusing U.S. authorities of harassing Poitras when she left and re-entered the United States. Greenwald also has written frequently about Assange.

The Guardian and Post stories appeared in the same week that U.S. Army Private First Class Bradley Manning went on trial in Maryland accused of leaking hundreds of thousands of classified documents to WikiLeaks.

In an email to Reuters on Friday, Poitras rejected the notion that the trial had any impact on the timing of her story.

“I am fully aware we are living in a political climate where national security reporting is being targeted by the government, however, I don’t think fear should stop us from reporting these stories,” Poitras wrote.

“To suggest that the timing of the NSA PRISM story is linked in any way to other events or stories I’m following is simply wrong. Like any journalist, I have many contacts and follow multiple stories.”

Kris Coratti, a Washington Post spokeswoman, said the timing of the paper’s publication of Poitras’ story had nothing to do with Manning’s trial and that Assange had played no role in arranging or encouraging the story.

Greenwald did not respond to emailed requests for comment. The Guardian’s editor-in-chief, Alan Rusbridger, declined to comment.

Mario’s Note:   When our president should be upholding the Constitution he instead goes after his enemies behaving like a banana republic dictator.   His dismissive arrogance is so deep that he is utterly disregarding the concerns of the American people and just moving full speed ahead with this spying.   Alarming and enraging!

OBAMA HAS LOST ALL CREDIBILITY

“Obama has lost all credibility.”  The New York Times said that.  Sit down, take a deep breath and consider what that means.   It is almost like a terrorist renouncing Allah.   No one and I mean no one has worshipped Obama like the New York Times.  They have bathed him in glorious immunity for even the most flagrant acts of arrogance and incompetence.

The New York Times is the proverbial she bear guarding her whelps, a she bear that viciously attacks anyone who would dare touch her love pup.  It is possible that even this bastion of protection has finally had enough of the tyranny?

Here is an excerpt from their editorial:

“Within hours of the disclosure that federal authorities routinely collect data on phone calls Americans make, regardless of whether they have any bearing on a counterterrorism investigation, the Obama administration issued the same platitude it has offered every time President Obama has been caught overreaching in the use of his powers: Terrorists are a real menace and you should just trust us to deal with them because we have internal mechanisms (that we are not going to tell you about) to make sure we do not violate your rights.

The administration has now lost all credibility on this issue. Mr. Obama is proving the truism that the executive branch will use any power it is given and very likely abuse it. That is one reason we have long argued that the Patriot Act, enacted in the heat of fear after the Sept. 11, 2001, attacks by members of Congress who mostly had not even read it, was reckless in its assignment of unnecessary and overbroad surveillance powers.

Based on an article in The Guardian published Wednesday night, we now know that the Federal Bureau of Investigation and the National Security Agency used the Patriot Act to obtain a secret warrant to compel Verizon’s business services division to turn over data on every single call that went through its system. We know that this particular order was a routine extension of surveillance that has been going on for years, and it seems very likely that it extends beyond Verizon’s business division.

Essentially, the administration is saying that without any individual suspicion of wrongdoing, the government is allowed to know whom Americans are calling every time they make a phone call, for how long they talk and from where.

The senior administration official quoted in The Times said the executive branch internally reviews surveillance programs to ensure that they “comply with the Constitution and laws of the United States and appropriately protect privacy and civil liberties.”

That’s no longer good enough. Mr. Obama clearly had no intention of revealing this eavesdropping, just as he would not have acknowledged the killing of Anwar al-Awlaki, an American citizen, had it not been reported in the press.

We strongly object to using that power in this manner. It is the very sort of thing against which Mr. Obama once railed, when he said in 2007 that the surveillance policy of the George W. Bush administration “puts forward a false choice between the liberties we cherish and the security we provide.”

Even the New York Times agrees that Obama must be stopped.  How much more then should Christians wake up to this man?

As mystifying and objectionable as it might seem to me, there are still Pastors and Christians who will stand by Obama.  I will not judge their heart.    However, I cannot help but say that there is not a shred of justification for supporting Obama anymore.   There is, on the other hand, an overwhelming case for praying him out of office and working to protect our God given rights in the Constitution.   Wake up, speak up before it is too late.